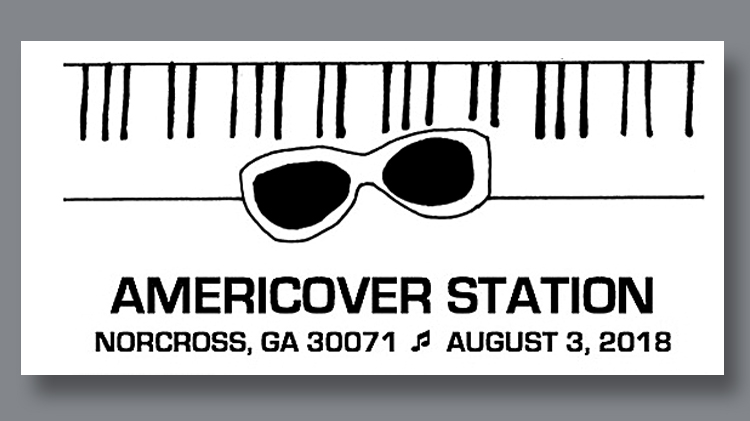 The first of three postmarks for the recent Americover show salutes singer-songwriter Ray Charles, who recorded one of the most popular renditions of Georgia On My Mind.

Georgia On My Mind was the theme of the Aug. 3-5 show held outside Atlanta, and the postmarks designed by Dani Leviss of New Jersey embrace that theme.

The Aug. 3 postmark pictured here celebrates singer-songwriter Ray Charles, with an illustration showing dark glasses, piano keys and a musical note. Charles recorded one of the most popular renditions of Georgia On My Mind, a song written by Hoagy Carmichael and Stuart Gorrell in 1930.

Leviss is a recent graduate of the Young Philatelic Leaders Fellowship program of the American Philatelic Society. She was mentored by professional artist Chris Calle and sponsored by Ann Duncan.