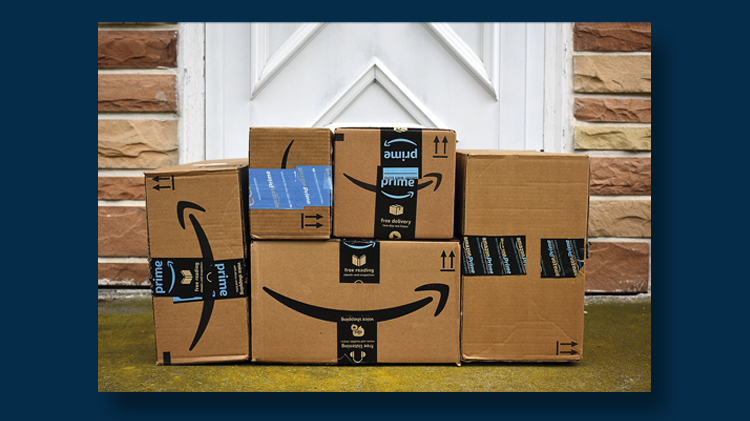 A parcel delivery agreement between the United States Postal Service and retail giant Amazon was sharply criticized by President Donald Trump in a recent Twitter pronouncement.

For years, top officials at the United States Postal Service have been hoping for some presidential interest in their agency’s financial plight.

On the morning of Dec. 29, President Donald Trump gave the Postal Service far more attention than it ever desired.

“Why is the United States Post Office, which is losing many billions of dollars a year, while charging Amazon and others so little to deliver their packages, making Amazon richer and the Post Office dumber and poorer?” the president asked in an 5:04 a.m. tweet from his Mar-a-Lago estate.

“Should be charging MUCH MORE!” Trump added.

The Postal Service said nothing in response, hoping that others in the mail industry would respond. Amazon also was silent.

The Trump tweet, said several mail industry officials, was way off the mark.

“President Trump was off base Friday when he implied that Amazon has a sweetheart deal with the U.S. Postal Service,” said Dead Tree Edition, a blog that follows the postal and printing industries.

“While containing no outright falsehoods, Trump’s tweet is a mix of truth and debatable claims.”

The Washington Post reported that Amazon had told Fortune magazine in July that the Postal Regulatory Commission “has consistently found that Amazon’s contracts with USPS are profitable.”

The Postal Service’s agreement to handle Amazon’s packages at a deeply discounted price is a strategy the Postal Service developed years ago in an effort to save itself from its pronounced losses of first-class mail volume.

Packages have been one of the agency’s most successful product lines, growing at double-digit rates while letter volume continues to drop.

Amazon’s business has been so important to the Postal Service that it has hired hundreds of new employees to deliver the Seattle retailer’s goods on Sundays.

Trump, several media outlets noted, holds a serious grudge against Amazon’s chief executive, Jeff Bezos, the country’s richest executive. Bezos personally owns The Washington Post, which the president has repeatedly described as a purveyor of what he calls “fake news.”

Bloomberg News said “the Postal Service’s losses have little to do with Amazon and more to do with its large health care obligations and the dwindling use of first class mail.”

Trump is assuming Amazon would continue to use the Postal Service for packages, but Bloomberg noted that Amazon “had been setting up its own shipping operations in the U.S. and elsewhere in the world to minimize costs.”

“PostCom appreciates that the President is interested in the performance of the Postal Service,” he told Linn’s.

“… We hope this is an indication that further action on appointing and approving Postal Governors is forthcoming,” he said.

“As to prices,” Plunkett said, “USPS should have flexibility to negotiate with its customers, especially in the competitive products space where Amazon operates.

“But a fully staffed and qualified Board of Governors and Postal Regulatory Commission are essential to ensuring such deals result in net benefits to USPS and the public.

“If the President really wants to make a difference, he should appoint a full slate of Governors and [Postal Regulatory] Commissioners post haste.”

Stephen Kearney, executive director of the Alliance of Nonprofit Mailers, noted the Postal Regulatory Commission is charged with ensuring “that all USPS competitive package services cover their costs and make a sufficient contribution” to the Postal Service’s overhead costs.

“As long as the PRC does its job correctly, USPS packages are profitable and their growth is good for all mailers, including nonprofits,” Kearney said.

The Washington Post said the Trump tweet is “just the latest in a series of digs” the president has made against Amazon.

Details of the USPS-Amazon contract are secret, as are all similar postal contracts with large mailers.

Some USPS critics have attacked the agreement, contending that it does not cover all of the Postal Service’s costs.