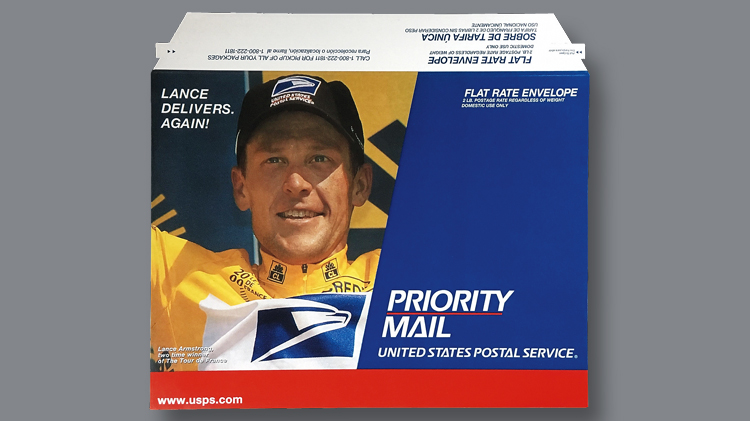 David P. Hendel is a Washington, D.C., lawyer with a knack for pulling undisclosed facts out of the United States Postal Service.

On June 27, he did it again, revealing details of the government’s $5 million settlement with former Tour de France cyclist Lance Armstrong.

The disgraced racer agreed to the payment April 10, saying he would give the federal government $5 million to settle claims he cheated the Postal Service by violating a drug-free promise he made for the agency’s sponsorship.

Armstrong and his team raced for the Postal Service from 1998 to 2005, receiving about $40 million from the agency for their efforts.

The settlement turns out to be a good deal for Armstrong, according to an article Hendel wrote for The Contractor’s Perspective, a website that covers contracting issues.

When combining that government payment with another $1.65 million Armstrong must pay one of his former teammates, Floyd Landis, Hendel figures that Armstrong has to pay “7 cents on the dollar” on the potential value of damages he could have faced if the dispute had gone to trial.

Additionally Hendel examined Armstong’s schedule of payments to the government and declared that the timetable is lenient.

His final payment of nearly $2.4 million is due a year after signing the settlement.

“Nice terms if you can get them,” Hendel said.

Payments to Landis, who filed the initial lawsuit against Armstrong under the Federal False Claims Act, were also spread out.

Presumably the timetable will allow Armstrong time to sell some of his Texas properties to make the payments, Hendel suggested.

What makes the settlement significant in one sense, Hendel said, is that the government’s case against Armstrong was not strong.

“Damages was always the Government’s weakness — because there weren’t any,” the lawyer said.

The government alleged damages but those claims of damage were offset by reports from USPS officials that the Armstrong racing team was generating valuable publicity for the agency with his repeated successes at winning the Tour de France, Europe’s premier bicycle race.

Hendel contended that the Postal Service’s reports of successful public relations were “poppycock of course but they still posed insurmountable problems for the government’s case.”

The Postal Service claimed $163 million “in quantifiable benefits from the sponsorship — more than four times what USPS spent on it.”

Hendel said that Armstrong’s ability to conceal his use of illicit drugs during the races allowed the Postal Service “to get the benefit of the bargain.”

“If Armstrong had admitted to doping when the contract was in effect maybe there would have been some damages,” Hendel said.

Why then did the racer and government settle?

Hendel said the government was faced with the possibility of getting “only statutory penalties,” less money and certainly not enough to justify the long, costly lawsuit.

Armstrong was pressed by fears of what “a jury would do,” plus the costs of mounting an appeal of any lower court ruling, Hendel said.

Justice Department spokesmen have said a large part of the $5 million will go to the Postal Service.

Hendel is well-known for the annual list he compiles of the Postal Service’s top 10 contractors.