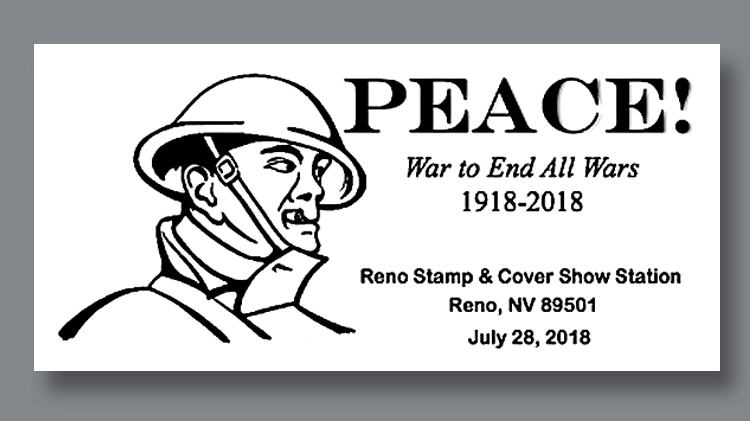 This postmark from Reno, Nev., features a soldier from World War I and is dated either July 28 or July 29.

A pictorial postmark sponsored by the Nevada Stamp Study Society commemorates the 100th anniversary of the end of World War I.

Dated July 28 or July 29, the postmark is the show cancel for the 2018 Greater Reno Stamp and Cover Show.