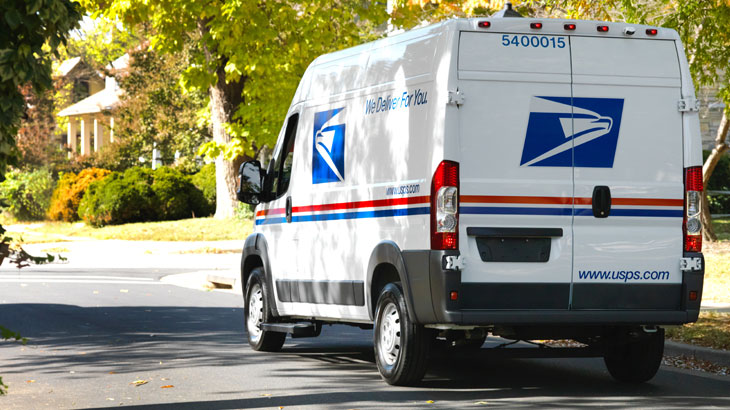 USPS chief financial officer and executive vice president Joseph Corbett revealed a net loss of $3.9 billion for fiscal-year 2018 at the Nov. 14 meeting with the temporary emergency committee of the Postal Service board of governors.

The roller-coaster ride that is the United States Postal Service’s financial state continued Nov. 14 with an end-of-year report to the temporary emergency committee of the Postal Service board of governors.

During the meeting, the board vice chairman also addressed the planned withdrawal of the United States from the Universal Postal Union, which was previously reported by Linn’s Stamp News in the Nov. 5 issue on page 1.

An overall decline in mail volume of 3.2 billion pieces is a significant factor in the 2018 loss, according to the Postal Service, coupled with a 3.1 percent increase in operating expenses that includes both contractual wage increases and increased transportation expenses.

The mandatory extended prefunding of USPS retiree pension and health benefits remains an important element affecting the overall picture of the Postal Service’s fiscal health, and it is a requirement that USPS executives hope to see reversed by federal legislation.

“We would ask our leaders in Congress to consider taking up such legislation in any remaining session this year, so that the Postal Service can be put on a foundation for success,” said Robert M. Duncan, the recently appointed chairman of the board of governors and vice chairman of the temporary emergency committee.

“Moving forward, the top priority of the governors is to establish a sustainable business model and reimagine the role of this organization,” Duncan said. “This model must be based on where we believe the Postal Service will be in the future, and not based on the past.”

Brennan presented an encouraging report on the state of USPS package delivery.

“We grew our package volume by roughly 7 percent,” Brennan said, “and increased package revenue by more than 10 percent.”

However, she added that the growth in her organization’s package business will not offset the continuing declines in mail products, which account for 70 percent of the Postal Service’s revenues.

Brennan also pointed to the retiree benefit prefunding requirement and other regulations imposed upon the Postal Service as roadblocks to reaching more positive financial results.

“The Congress and our regulator must make statutory and regulatory changes to our business model to return the Postal Service to financial stability,” Brennan said in her presentation before the board.

A Nov. 14 USPS news release also quoted Brennan as saying, “We are seeking reforms that would allow the organization to reduce costs, grow revenue, compete more effectively, and function with greater flexibility to adapt to the marketplace and to invest in our future.”

The Postal Service identified its controllable loss for 2018 at $2 billion, compared to $814 million in fiscal 2017.

During the Nov. 14 meeting, USPS board vice chairman David C. Williams spoke briefly about the pending withdrawal of the United States from the UPU.

The planned move was announced in a statement from the White House press secretary issued Oct. 17.

The UPU is the international organization that coordinates mail activities and rates between its 192 member countries. It was established with the 1874 Treaty of Bern, and the United States, one of the original treaty signatories, has been a member throughout the UPU’s 144-year history.

The recent move to leave the organization stems from U.S. dissatisfaction with the costs that are reimbursed to the Postal Service in association with its handling of international mail.

“You’re aware of the recent notification that we might be withdrawing from UPU,” Williams said. “We’ve begun the process, although negotiations continue. We hope those turn out well, but we intend to develop a very high state of readiness in the event that withdrawal actually occurs.”