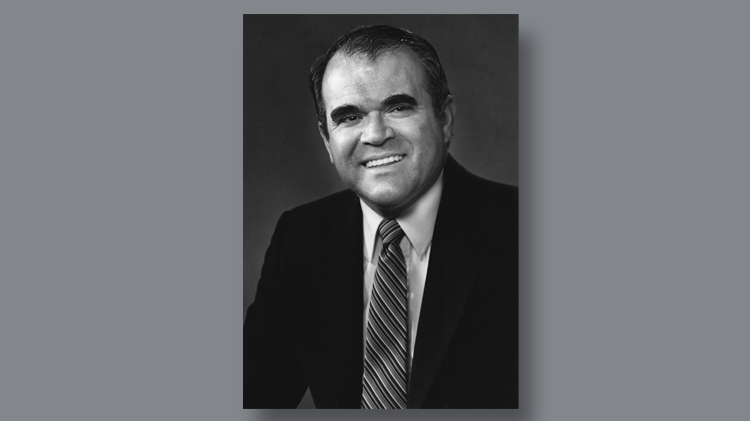 They gathered at the Metropolitan Club in downtown Washington, D.C., to remember a man who got one of the rawest deals ever given a departing postal executive. The 300 people who came to the Sept. 20 memorial for the late Paul N. Carlin, the nation’s 66th postmaster general, gave Carlin and his family a farewell that he fought for years to earn.

Carlin, who died April 25 at age 86, served only a year as the nation’s top postal executive, fired by the actions of what the government later conceded was “a regrettable event in the history of the Postal Service.” (See Linn’s May 18 issue, page 18.)

The tumult of that year spilled over as Carlin fought all the way to the U.S. Supreme Court to regain his job — and reputation. Carlin lost his court battle, but as his friends recalled at the memorial, he became one of the unsung heroes of the U.S. Postal Service in the process.

Gordon Morison, the assistant postmaster general in charge of the stamp program at the time, called Carlin “one of the architects of the new Postal Service,” a man who was renown for his integrity as the head of the agency.

“He would not do anything to harm the postal service,” Morison said.

Carlin’s “chief adversary” on the postal board went to jail for corruption the longtime head of the stamp program said.

“Paul was one of those who wanted to get things done,” said Morison. His motto: “Let’s do it now.”

Richard Porras, another executive who served with Carlin, recalled his “impeccable integrity” and efforts to get the Postal Service into an early form of e-commerce.

Jim Duggan, a northern Virginia corporate executive who worked with Carlin on a postal project after he left the Postal Service, called him “a man of absolute integrity.”

“He was not just a good man, he was a damn good man,” Duggan said.

Joe Carlin, the eldest of Carlin’s four sons, said his father “came when Washington was much smaller” but he gave his family a “front row seat” to the events in the nation’s capital.

Another son recalled sailing on the presidential yacht Sequoia during the Nixon administration. Their dad, noticing crowds, watching along the Potomac River, lifted his arms in imitation of the president’s V-wave, creating a roar from the shoreline, they said.

Carlin, whose term ended when he was fired by the postal board in early 1986, fought to overturn his discharge in the courts.

He was only the third career postal executive to be named postmaster general and his dismissal left scars, his family recalled.

“If ever a case cried out for judicial review to protect individual rights, this is that case,” Carlin said in his appeal to the Supreme Court.

The courts refused to intervene, saying only the postal board was authorized to hire a postmaster general.

Sue Carlin, his widow, said after the memorial that her husband would have been impressed by the turnout and the verdict that the speakers rated his tenure as “a job well done.”