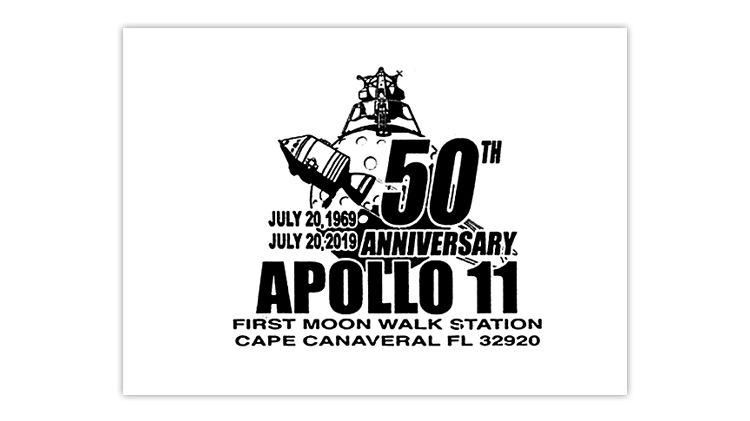 This July 20 postmark at Cape Canaveral celebrates the first steps taken by humans on the moon.

This month marks the 50th anniversary of NASA’s historic moon landing, and several postmarks have been issued for the occasion.

The cancel pictured nearby commemorates the moon walk, while two others (not pictured) depict the Apollo 11 launch and moon landing. All three postmarks have been extended for 60 days.