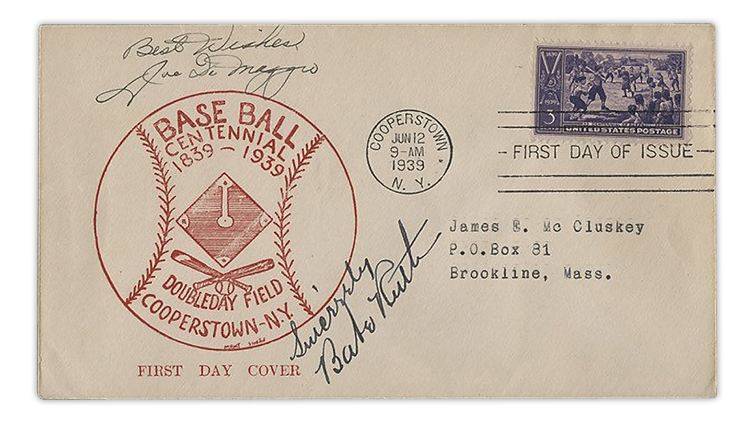 The National Postal Museum in Washington, D.C., is planning to open its much-awaited baseball exhibit on April 9.

That’s a long time from its originally scheduled June 2020 opening, but the COVID-19 pandemic closed down all of the Smithsonian museums in Washington, forcing a new timetable for the exhibit.

Titled “Baseball: America’s Home Run,” the exhibit draws on both the myths and reality that surround the game known as “America’s national pastime.”

The exhibit will use stamps from the United States and other countries to show how the game has been celebrated around the globe.

Daniel Piazza, chief curator of the National Postal Museum, says the exhibit also will have artifacts from other museums, including the National Baseball Hall of Fame and Museum in Cooperstown, N.Y., to share with the public.

One section will deal with the origins of baseball and tell how stamps played a role in “creating and reinforcing” some of the mythology of the sport, Piazza said.

Nonprofessional aspects of the game will be examined alongside the professional side of baseball and its most cherished players, he said.

The ballparks where teams played will also be represented by artifacts and stamps.

In fact, he noted that four countries preceded the United States in issuing a baseball stamp; the first U.S. baseball stamp was issued in 1939.

There will be some artifacts for devoted baseball fans, Piazza said. Highlights will include Jackie Robinson’s 1948 road uniform and items from Yankee greats such Babe Ruth and Joe DiMaggio.

The museum had planned a number of programs around the exhibit, including one on Latino baseball players and another on the history of ballpark nachos and their origins in Mexican-American culture. Those programs are likely to take place during the first year of the exhibit.

The National Postal Museum is located on Capitol Hill next to Union Station at 2 Massachusetts Ave. NE. There is no admission fee.

The museum is closed until further notice due to staffing shortages caused by the COVID-19 pandemic. For more information, see the article on page 23 of the Feb. 7 issue of Linn’s Stamp News.