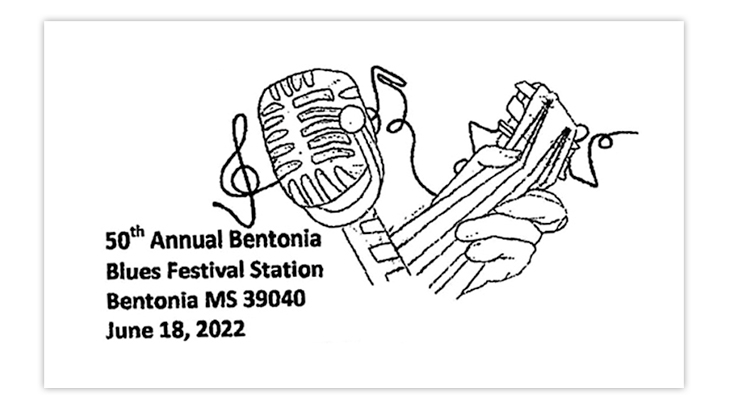 The Bentonia Blues Festival featured on this pictorial postmark began as a tiny concert in 1972 and now attracts tens of thousands of blues fans each year.

Yazoo County, Miss., says the concert celebrates the style of guitar playing often attributed to blues players from Bentonia, featuring “a shared repertoire of songs, guitar tunings and chord voicings with a distinctively minor tone not found in other styles of blues music.”

The inaugural festival was held in 1972 at legendary bluesman Jimmy “Duck” Holmes’ family farm about a mile north of Bentonia. For most of its 50-year history, the free outdoor event has remained a grassroots effort, coordinated and paid for by Holmes and friends.