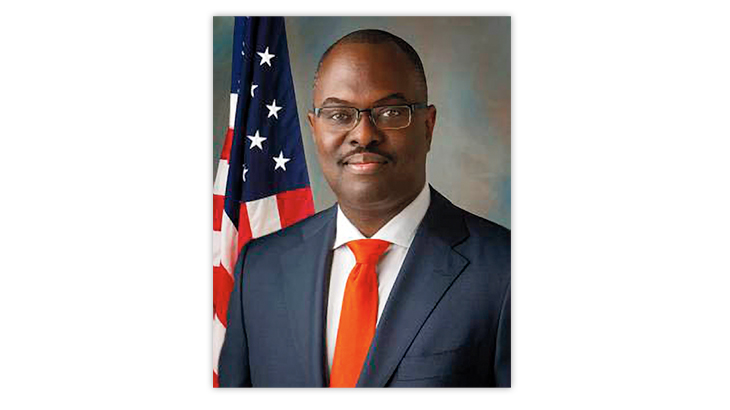 President Biden has made his first move affecting postal policies.

He has removed Robert G. Taub as chairman of the Postal Regulatory Commission and replaced him with Michael M. Kubayanda, who was named to the commission in 2018.

The new chairman is a Democrat and Taub, the former chairman, a Republican, according to a PRC spokeswoman.

The commission announced the change Jan. 25, saying that Taub, who has headed the PRC for the past six years, would remain as one of the five members of the commission.

Kubayanda, an appointee of President Donald Trump who has served as the PRC’s vice chairman since August 2019, said in a statement, “I am grateful for the opportunity to serve as chairman and look forward to serving all Americans.”

The new chairman praised Taub’s role at the PRC and said he plans to “continue his approach of bipartisanship and collegiality.”

Taub, who was named PRC chairman by President Barack Obama, was a key congressional aide on postal issues.

He offered praise to his successor: “Chairman Kubayanda brings a wealth of experience and an enormous skill set to the role of chair.”

“I know he will lead this agency quite well and he has a great team to support him.”

The new chairman also has a background of congressional service, having been on the staff of the House of Representative’s Committee on Oversight and Reform, which oversees the USPS. He also served as head of government relations for the Postal Service’s Office of Inspector General.