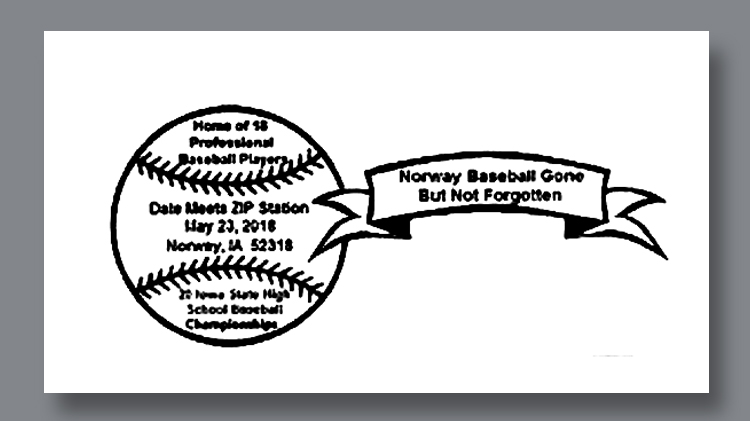 The date meets the ZIP code in Norway, Iowa, on May 23, and a commemorative postmark has been issued for the event. Norway (population 545) is about 17 miles southwest of Cedar Rapids, Iowa.

The 1991 championship ended in dramatic fashion, with the team trailing by a run in the seventh inning (the final inning in high school baseball). According to The Gazette of Cedar Rapids, batter Kyle Schmidt of Norway’s team was behind the count with two strikes, two outs, and nobody on base.

And Schmidt had 13 previous state championship at bats without a hit. It didn’t look good.

Perhaps that fueled the fire, as Schmidt doubled and later scored the tying run when the next batter doubled. The game went into extra innings, but only one was needed as Norway scored three runs in the top of the eighth for the 7-4 win.