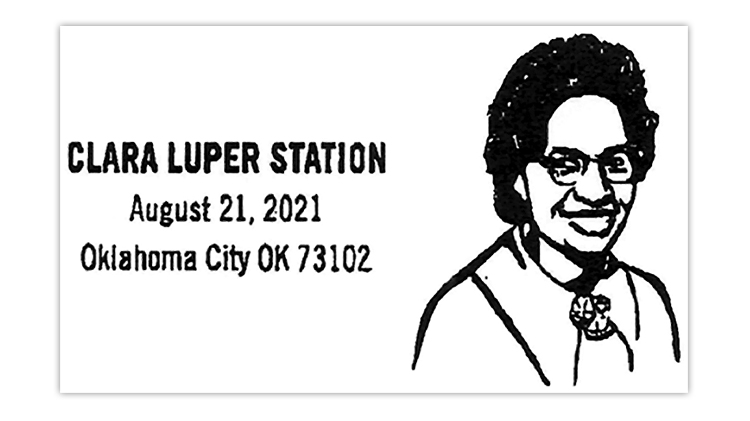 On Aug. 21, 2021, the downtown post office in Oklahoma City was renamed after educator Clara Luper.

When I noticed a teacher among the postmarks offered in the Aug. 26 Postal Bulletin, I thought it would be the perfect choice for my column during this back-to-school season.

Luper’s influence in the community went beyond the classroom, as she worked tirelessly in the civil rights movement. She became the advisor for the Oklahoma City National Association for the Advancement of Colored People (NAACP) Youth Council in 1957.

Luper guided and encouraged the youth to protest segregation. On Aug. 19, 1958, her group entered the local drugstore and sat at the whites-only lunch counter. They refused to leave until served.

This sit-in marked the start of a six-year movement to end racial segregation in Oklahoma City establishments. Luper promoted nonviolence as she participated in marches and demonstrations and was often jailed in her civil rights struggle.