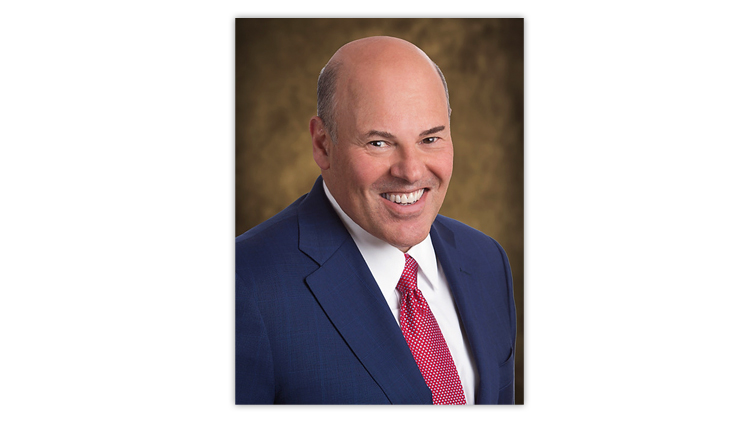 Louis DeJoy, a North Carolina business executive who has been a strong supporter of President Donald Trump, has been selected as the 75th postmaster general of the United States. DeJoy will replace Postmaster General Megan Brennan, who had planned to reti

Louis DeJoy, a North Carolina business executive who has been a strong supporter of President Donald Trump, will become the next postmaster general of the United States, a move that puts one of the president’s least-liked federal agencies under the control of a Trump ally.

DeJoy, who heads a real estate and consulting company in Greensboro, N.C., and has been a major Republican Party donor, is married to Dr. Aldona Wos, a native of Poland, who has been nominated by Trump to be ambassador to Canada.

The selection of DeJoy as postmaster general seems certain to give the president increased control over an independent federal agency he has denounced as “a joke.”

Wos is a Trump appointee to the White House Fellows Program, where she serves with Michael Duncan, chairman of the Postal Service’s board of governors.

The USPS said May 8 that its board of governors had unanimously approved hiring DeJoy as the nation’s 75th postmaster general.

“Louis DeJoy understands the critical public service role of the U.S. Postal Service and the urgent need to strengthen it for future generations,” Duncan said.

Rumors that DeJoy was likely to get the job came a day after one member of the board of governors, David C. Williams, left the board for an undisclosed reason.

DeJoy is the fifth postmaster general who was selected from outside the Postal Service since it became an independent agency in 1971.

With his strong ties to the president and role as a partisan fundraiser, he will stir memories of the way many presidents turned to political figures to run the old and often partisan Post Office Department. Federal Election Commission records show that DeJoy has given more than $2 million to Trump and GOP causes since 2016.

Megan Brennan, the 74th postmaster general and a career postal worker, had planned to leave the job Jan. 31, but she remained to give the board more time to select her successor.

Williams’ resignation was a surprise. It was effective April 30, according to an announcement in a USPS financial report filed May 4 on the USPS website.

Williams had been one of the first board appointees of President Trump and had served on the board since August 2018.

He declined to comment on his resignation. “I’m sorry,” he said in an email to Linn’s, “but I’m not doing interviews on this or any kind of tell all thing.”

The Washington Post quoted anonymous sources as saying Williams believed that Steven Mnuchin, secretary of the Treasury Department, was injecting politics into what had been “an apolitical agency.”

The Post said that Williams also feared his four fellow governors, all Trump appointees, were ready to yield to terms Mnuchin wanted to make a $10 billion loan Congress authorized to the Postal Service.

Trump is certain to press DeJoy to meet some of his demands that the Postal Service change its ways.

The president has said the agency must sharply increase rates for Amazon, one of its biggest clients, because he believes the agency loses money on every Amazon package it delivers.

Mnuchin had signaled that the administration wants a greater role in postal issues and has expressed frustration that a number of suggestions a Treasury task force made were ignored by the postal officials.

With DeJoy’s selection, the Trump administration may have placed the agency on the defensive.

Rep. Gerald Connolly, D-Va., chairman of a House subcommittee that oversees the USPS, was furious at the selection.

“President Trump rewards a partisan donor by installing him at the United States Postal Service,” he said. “The Postal Service is in crisis and needs real leadership and someone with knowledge of the issues. This crony doesn’t cut it.”