Machine cancellations still in use at a few U.S. post offices 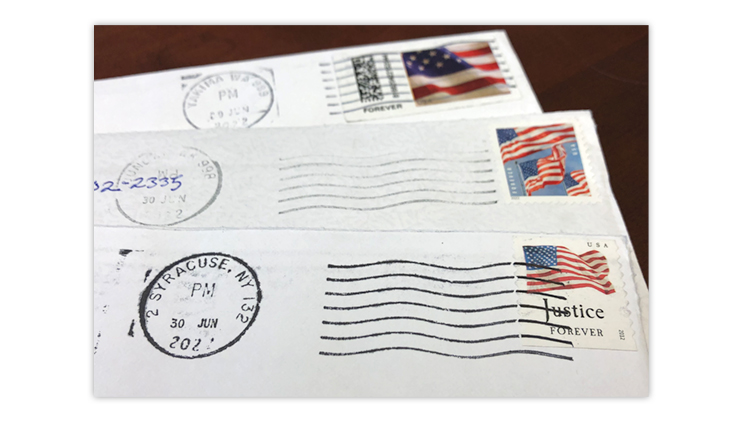 Three metal-die machine cancellations still in use at mail-processing and distribution centers in Syracuse, N.Y.; Juneau, Alaska; and Yakima, Wash.

Most postal distribution centers around the United States have switched their cancellation machinery to a sprayed-on marking instead of the machine die hub cancellation. But the older machinery occasionally is still used at a few locations.

On recent mail received at the Linn’s office, we have noticed a couple of places still using the machine die hub cancellation: Syracuse, N.Y.; Juneau, Alaska; and Yakima, Wash. A bonus on the Juneau cancel was that the “PM” for the time of day was placed in the hub upside down.

I have an affection, as do probably a number of other collectors, for the crispness of the old postmark machinery, and it is always fun to add an example to my collection.

One other observation is that the older machinery sometimes gets put back into service around the months of November and December when mail volumes increase, so that would be a good time to watch for such cancellations.

If you enjoy collecting postmarks, I suggest joining the Post Mark Collectors Club. The club publishes 11 issues a year of its journal PMCC Bulletin, which always has interesting stories and photographs related to postmarks and post offices.