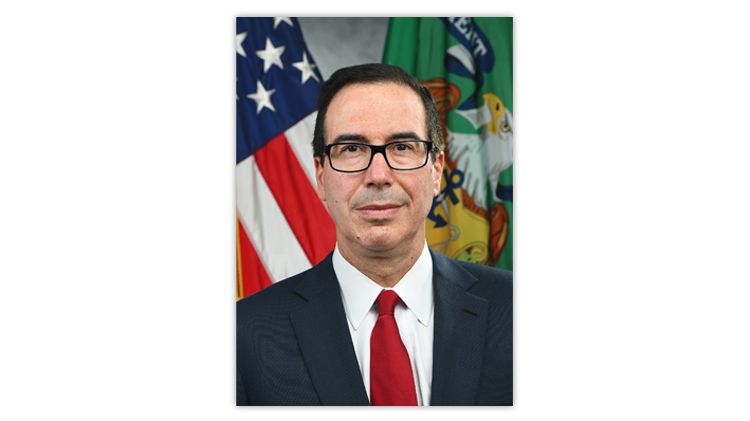 Mnuchin informed Speaker of the House Nancy Pelosi of his decision in a letter dated March 4.

The suspension of payments into the postal retiree fund and into a similar Civil Service Retirement and Disability Fund is caused by the statutory debt limit now back in effect.

The investment suspension period began March 4 and will last until June 5, according to the Treasury letter.

Donna Borak reported for CNN Business that the federal borrowing limit set by Congress resumed March 2, “freezing U.S. debt at its current level — a shade over $22 trillion, a record high — and there’s no clear plan in sight for lawmakers to extend new borrowing power.”

Suspending payments is one measure taken by the Treasury Department until Congress increases the statutory debt limit.

Both retirement funds “will be made whole once the debt limit is increased or suspended,” Mnuchin noted, adding that federal retirees and employees will be unaffected by the current actions.

The 2006 Postal Accountability and Enhancement Act requires the Postal Service — unlike other government entities — to prefund its retiree benefits well into the future, a massive expenditure that many have pointed to as a key contributor to the agency’s current fiscal plight.

According to an Aug. 31, 2018, report by the U.S. Government Accountability Office, the Postal Service has not made its required payments to the fund since 2010.

The Treasury Department takes certain “extraordinary measures” to prevent the United States from defaulting on it obligations as Congress deliberates increasing the debt limit.