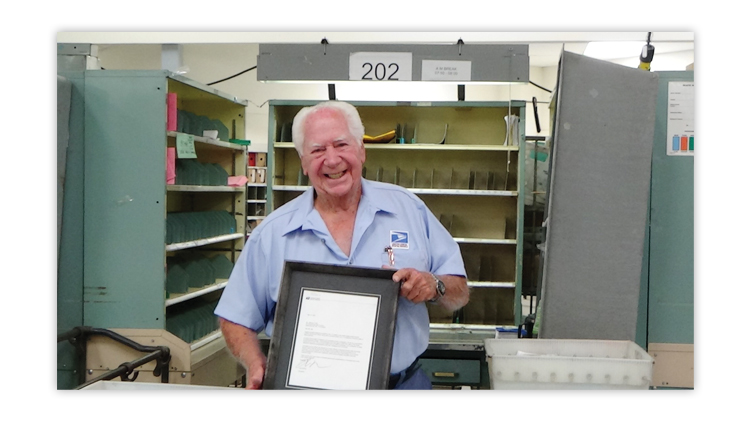 “Thanks so much for this recognition,” Bell said as his coworkers and friends celebrated with a red, white and blue cake and a framed certificate before he headed out on his route on Aug. 28.

“This is just something I do because I enjoy doing it,” the 90-year-old carrier said.

Bell works out of the Center City Station, according to Becky Hernandez, a USPS spokeswoman.

“His route is a business route in downtown Oklahoma City where he delivers mostly to mailrooms and cluster boxes,” Hernandez said. “He walks every step of it.”

Bell became a carrier in 1956, and he has spent his entire postal career in Oklahoma City.

He also served four years in the U.S. Navy, giving him a total of 70 years of federal service.

“It’s been a great experience to work with him. Seventy years is a blessing,” co-worker Willie Taft told KOCO-TV, which recorded Bell’s ceremony.

“He knows this job inside out. It’s clockwork for him,” Taft said.