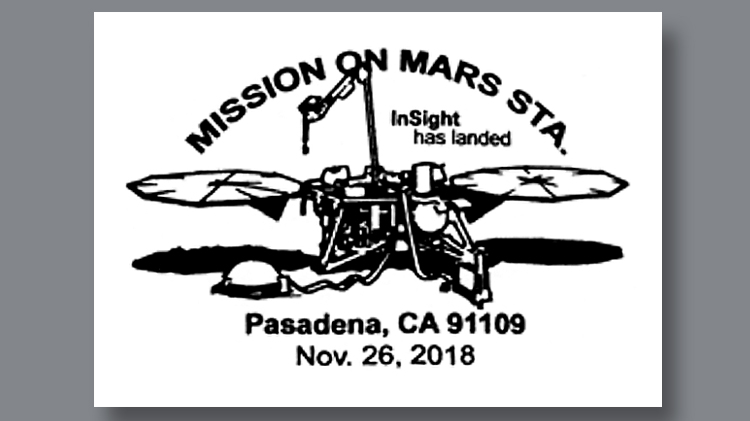 According to NASA’s website, the landing occurred at approximately 2:52 p.m. ET: “The lander plunged through the thin Martian atmosphere, heatshield first, and used a parachute to slow down. It fired its retro rockets to slowly descend to the surface of Mars, and land on the smooth plains of Elysium Planitia.”

The Mars InSight lander was launched May 5 at Vandenberg Air Force Base in California.

In a media release, the Jet Propulsion Laboratory said of the mission: “InSight’s team hopes that by studying the deep interior of Mars, we can learn how other rocky worlds, including Earth and the Moon, formed. Our home planet and Mars were molded from the same primordial stuff more than 4.5 billion years ago, but then became quite different.”