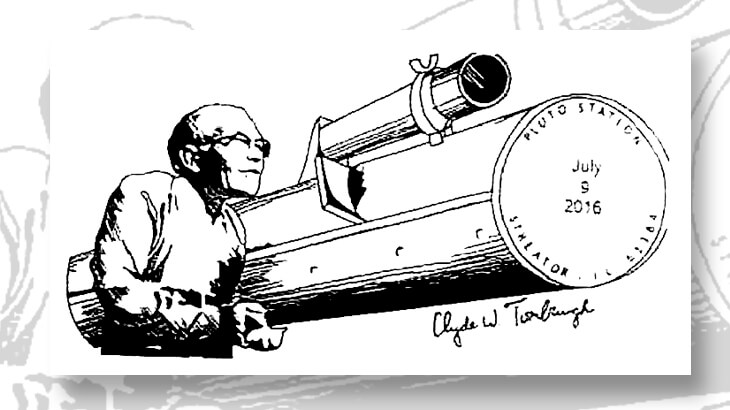 Clyde W. Tombaugh, who discovered the dwarf planet Pluto in 1930, is commemorated on a July 9 postmark from Streator, Ill.

The postmark comes a little more than a month after the United States Postal Service issued two forever stamps in honor of the successful New Horizons mission to Pluto: One stamp pictures the New Horizons spacecraft, and the other shows a photograph of the dwarf planet as taken by the interplanetary explorer during its flyby last year.

Tombaugh is credited with discovering Pluto in 1930 when he was 24. Working at the Lowell Observatory in Flagstaff, Ariz., he was successful in locating what was then considered a ninth planet, based on the calculations of astronomer Percival Lowell.

Tombaugh died at age 90 in 1997, and when New Horizons was launched in 2006, some of Tombaugh’s ashes were included in the craft.