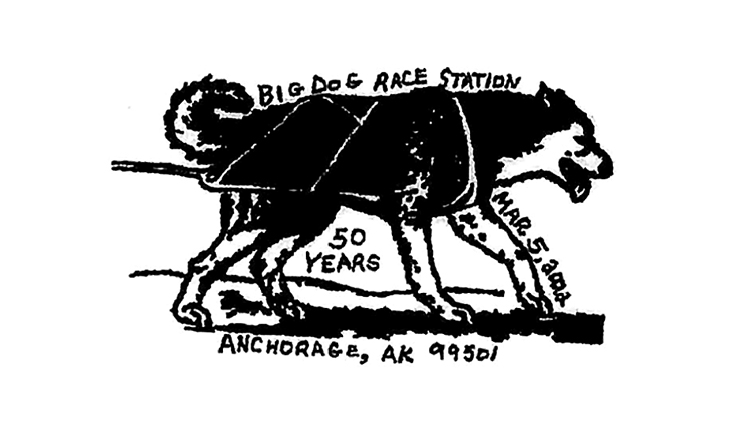 The Big Dog Race Station postmark represents the 50 years that have passed since the Anchorage-to-Nome Iditarod was established on March 3, 1973.

An Anchorage, Alaska, postmark is available to commemorate the 50th anniversary of the famous sled dog race known as the Iditarod.

Sponsored by the Anchorage Philatelic Society, the cancel depicts a sled dog presumably on the race trail that covers roughly 1,049 miles of rugged Alaskan terrain.

The 2022 Iditarod is scheduled to begin in Anchorage on March 5 with a ceremonial start. On Sunday, March 6, the competition gets underway when mushers and their teams of dogs line up to depart in 2-minute intervals until all of the teams have left.

The clock begins for each team as it crosses the starting line, with the difference in starting times being made even on a musher’s 24-hour mandatory layover.

The first musher to cross the finish line is projected to occur around Tuesday, March 15. The Iditarod concludes when the last musher, known as the Red Lantern, completes the race.