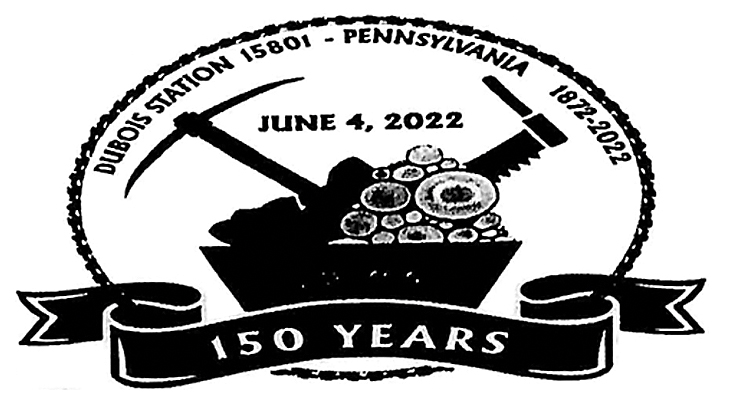 A postmark celebrates the 150th anniversary of DuBois, Pa., which was platted in 1872.

This week’s featured postmark hails from DuBois, Pa., a city 100 miles northeast of Pittsburgh celebrating its sesquicentennial this year.

The postmark contains the sesquicentennial logo that shows lumber and coal, two big industries in the area.

The town was named after local lumber magnate John DuBois, but it was once separated into two areas. One section was called the east (DuBois) side, and the other part of town was the Rumbarger side, named after the town’s founder, John Rumbarger.

According to a DuBois Area Historical Society article by Tom Schott and Gene Aravich, “Rivalry existed for many years between the two sections and the coal miners and their families living in Rumbarger and the lumbermen and woodsmen residing on the DuBois side.”

Today, DuBois is home to one of 24 Penn State University campuses.