Print ‘Postal Bulletin’ being streamlined to save printing costs 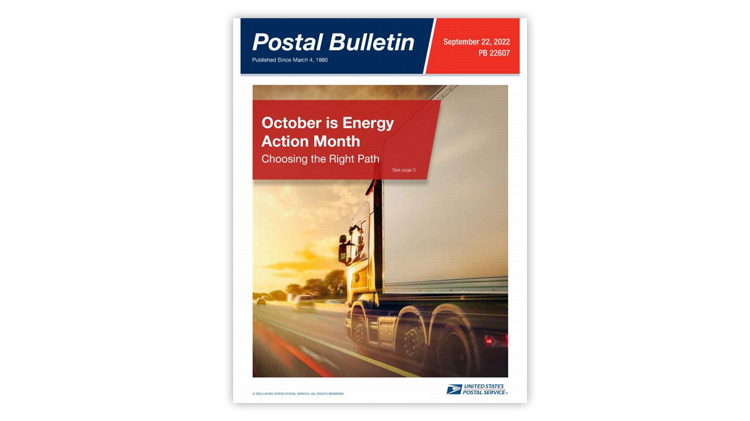 Since it first appeared in March 1880, the United States Postal Service’s Postal Bulletin has been “the official record of changes in Postal Service policies and procedures.”

The mission of the biweekly (once daily) publication is “to itemize and explain” postal services and their locations “throughout the country,” according to the USPS.

However, a surprising announcement from Postal Service headquarters in Washington, D.C., on Sept. 22 stated that the Postal Bulletin is no longer as comprehensive as it once was.

Citing “increasing printing costs,” Postal Service spokesman David Partenheimer acknowledged that the publication has devised an “alternative format” when the list of post office changes gets too large to print.

In those cases, Partenheimer said the changes will be posted online and a short notice will be included in the print Postal Bulletin.

“Post office changes are not the only articles where we sometimes have to use this alternative format,” Partenheimer said.

Sometimes mail labeling items and even policy articles are that are judged too long fall under the new policy, he said.

“We will continue to use the old format for any lists that are 3 pages (27 changes) or less,” he said.

“Otherwise, our printing costs and page count would be too high,” Partenheimer said.

There was no explanation why it took the USPS so long to acknowledge the shuttering of the Fort Monroe post office in Virginia or others that were changed as early as 2008.

To residents of Virginia, there was no secret about the Fort Monroe post office closing because the deactivation of Fort Monroe by the U.S. Army on Sept. 15, 2011, was big news.

Fort Monroe’s functions and soldiers were transferred to nearby Fort Eustis.

Parts of the Fort Monroe base were given to the National Park Service, which has declared the old base overlooking Chesapeake Bay a national monument open to the public.