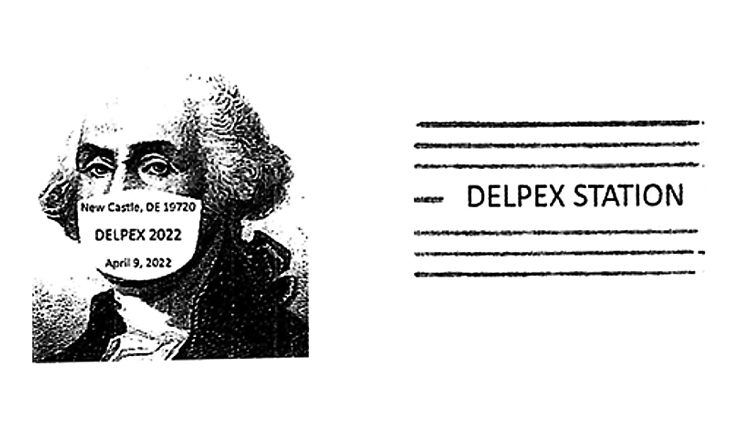 The first United States president, George Washington, makes an appearance on the cancel for the 2022 Delpex stamp show hosted by the Brandywine Valley Stamp Club in New Castle, Del.

After a two-year hiatus because of the COVID-19 pandemic, the annual event was back on April 9. The 100th anniversary of the U.S. Fourth Bureau definitive stamp series was the theme of the stamp show.

Delpex chairman John Howker is credited for the cancellation design. Howker explains the 1922 definitive series was introduced to replace the Washington-Franklin series, which had been in service since 1908.

“Reportedly postal workers had been having difficulty distinguishing among the various denominations of the Washington-Franklin stamps resulting in lost revenue for the postal service,” Howker said. “So a new series was proposed, featuring more distinct variation in designs and colors.”