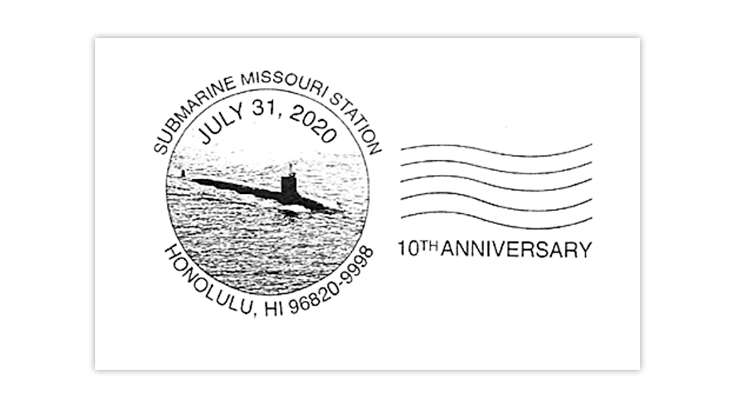 I like the image of the submarine cruising through the ocean, enclosed in a circle with “10th Anniversary” presented boldly under the wavy cancellation bars.

Residing at Pearl Harbor’s historic piers, the USS Missouri was commissioned July 31, 2010, and is the fourth ship named after the state of Missouri.

The vessel is the seventh commissioned Virginia-class submarine. Known as the SSN-774 class, the elite group is made up of nuclear-powered cruise missile fast-attack submarines.