U.S. additional-ounce, postcard rates to go up in 2021 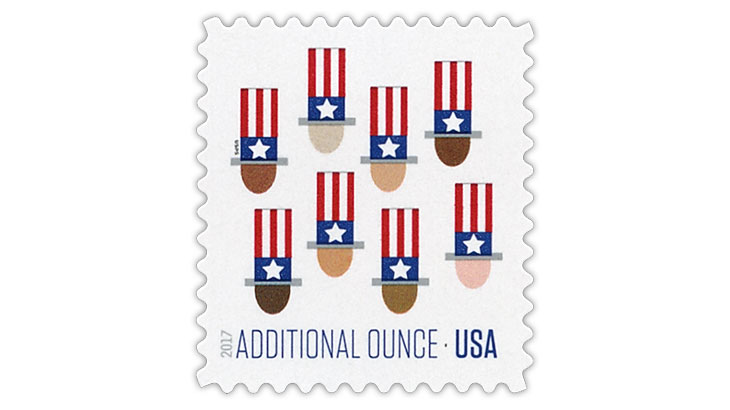 First-class letter mail will remain at 55¢ for the first ounce, the Postal Service has revealed, but the additional-ounce rate will go up. Mailing a postcard will be more expensive in 2021 as well.

The U.S. Postal Service will keep the price of a domestic first-class letter at 55¢ in 2021.

But to do that, it will boost the price for each additional ounce on heavier letters to 20¢, a 5¢ increase from the current 15¢ rate.

The price of mailing a domestic postcard will increase by 1¢ to 36¢.

The price for letters using postage meters will increase from 50¢ to 51¢ under the new proposal.

Those were the 2021 price changes that the agency announced Oct. 9, saying the changes would be effective Jan. 24.

Annual rate changes such as these are subject to review by the Postal Regulatory Commission.

In the past, the board has given quick approval to such changes after making certain that the new increases do not exceed the rate of inflation as measured by a consumer price index.

The release said it was increasing first-class mail prices by 1.8 percent and 1.5 percent for other services.

The announcement also said that: “The Postal Service has some of the lowest letter-mail postage rates in the industrialized world and continues to offer a great value in shipping.”

In its filing with the regulatory commission, the Postal Service once again renewed its attack on the congressionally imposed price cap that keeps postal rate increases at no more than the rate of inflation.

The Postal Service noted that the commission has found that “the current inflation-based price cap has not achieved statutory objectives of financial stability or reasonable rates.

“It is even less likely to do so today, given the impacts of the COVID-19 pandemic,” it said.

The USPS also added that it finds it “impossible to subsist under a rigid, inflation-only price cap.”

The filing also stated that “coupled with the pandemic recession’s acceleration of market-dominant volume declines” the Postal Service finds its financial situation has worsened from “the problems that the Commission diagnosed years ago.”

“Until the Commission finally reforms the ineffective market-dominant rate system, the Postal Service is subjected to the constraints of a CPI-U [Consumer Price Index] measure that is increasingly unsuitable to fully achieving the statutory objectives,” it added.

That wording reflects the concerns that the new postmaster general, Louis DeJoy, has been voicing to Congress and in interviews, as he urges the regulatory commission to devise a new pricing scheme that will allow it to raise more revenues than the current model, which he and his predecessors have called broken.