1617 letter from Bermuda, part of the Rich Papers, rediscovered after 45 years 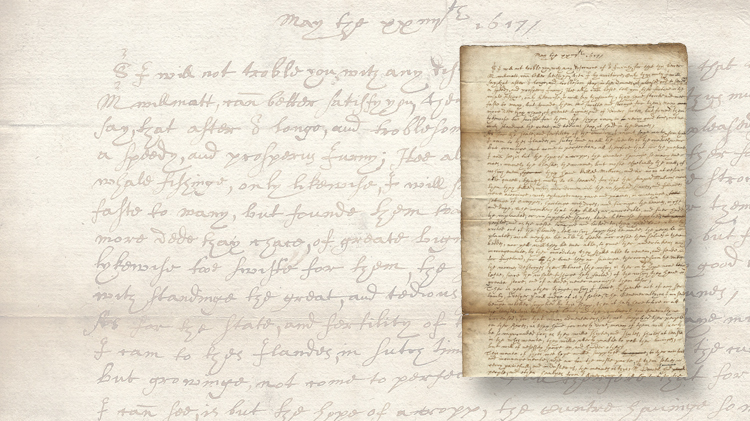 The writing, as can be seen on the first page of the letter, is difficult to translate. The cover panel (middle third of the opened-out letter in the first illustration), dated internally May 22, 1617, is addressed “To my Honorable good friend Robert Rich 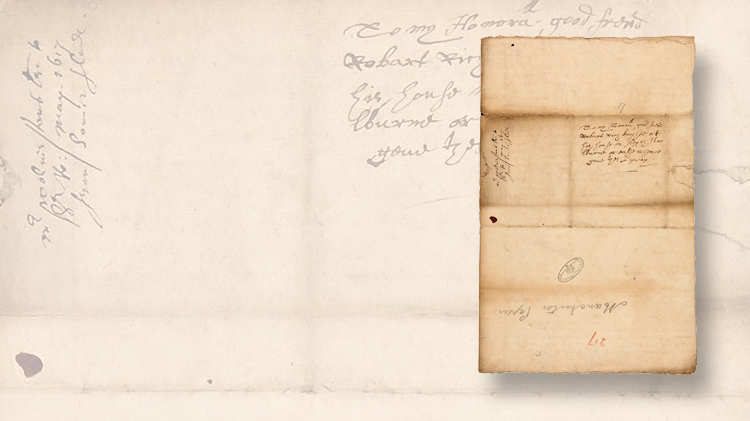 This May 22, 1617, letter from Bermuda is the earliest from that country now held in private hands. Written by Charles Wolferston, recently arrived at Bermuda, it is addressed to Sir Robert Rich who, with his cousin Sir Nathaniel Rich (1585-1636), was one
Previous
Next

The earliest letter from Bermuda in private hands, written May 22, 1617, has just resurfaced after 45 years. It has never before been in philatelic hands.

Written by Charles Wolferston, recently arrived at Bermuda, it is addressed to Sir Robert Rich who, with his cousin Sir Nathaniel Rich (1585-1636), was one of the earliest investors in the Somers Isles Company, formed in 1615 to manage Bermuda as a commercial venture.

Illustrated nearby is the address side of the folded letter, shown opened out.

The vast majority of the Rich Papers, as they are known, were sent to Nathaniel, making this letter to Robert somewhat unusual; only two others are listed in Vernon A. Ives’s The Rich Papers: Letters from Bermuda, 1615-1646, a transcription of those Rich documents now in the Bermuda National Trust.

Nathaniel’s correspondence with family members, officials, plantation managers and tenants, along with other Bermuda-related documents, became known as the Rich Papers. They give much detail about the organization, trade, politics and so forth of the colony in its very early years.

At his death in 1636, his third wife married the Earl of Manchester, and the Rich Papers became part of the Manchester Papers. Note the manuscript “Manchester Papers” in pencil, shown upside down, on the lower third of the opened-out letter. In 1880, the eighth earl deposited the papers in the Public Record Office in London.

Almost 100 years later, in 1969, the 10th earl withdrew them to sell them at public auction through Parke-Bernet in New York City on May 5, 1970. The majority of the papers pertaining to Bermuda, comprising 97 documents, were bought by Bermudians and deposited at the Bermuda National Trust.

The previous owner of this 1617 cover was a manuscript collector who bought the letter at the 1970 auction and in whose collection it remained until September of this year. Anthony Pettit, a dealer in Bermudiana, heard of the letter and obtained it from William Reese of New Haven, Conn., who secured it from its owner. David Pitts, whose Bermuda collection I curate, learned of the cover and added it to his collection.

Pitts’ international large gold- and national grand award-winning exhibit already includes the then earliest-known cover, from 1620, and another from 1628. A third 1620 cover resides in Charles Freeland’s collection. This brings the total of Rich letters in private hands to four.

The philatelic importance of the 1617 cover is hard to overstate. It is the earliest-recorded letter from any British extra-territorial territory, written within 5 years of the British settlement of the islands.

The writing, as can be seen on the first page of the letter, is difficult to translate. The cover panel (middle third of the opened-out letter), dated internally May 22, 1617, is addressed “To my Honorable good friend Robert Rich, Knight at his house in Hyghe Holborne from the Somer Islande” and docketed on receipt as received “from Somer Islande.”

In it, Wolferston describes a relatively smooth passage and gives considerable detail into the state of the islands, overrun with rats and bedeviled by storms and strong winds, and the difficulty (at this stage) of agriculture.

There was a shortage of just about everything; he specifically mentions shoes. He plans to travel farther into the West Indies and believes that tobacco is probably the best hope for profit. The island had already been divided into the eight “tribes,” or parishes as they are now called.

A total of nine letters were sent to England aboard the George, which departed Bermuda in late May 1617. Because returning ships were few and far between, it is usual to see a number of letters in the Rich Papers carried on the same ship. This often results in considerable repetition, to the consternation of the transcribers.

The opportunity to study a cover such as this outside of an archive is a rare treat. Its rediscovery, after almost a half century, affords us this privilege.