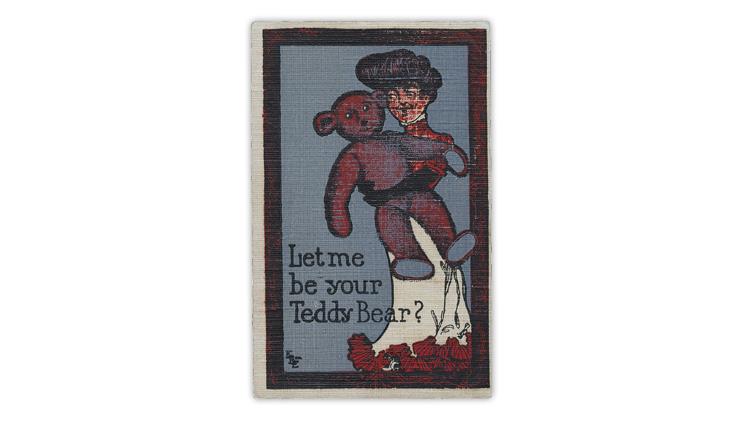 Figure 1. This 1909 postcard calls to mind an Elvis Presley song recorded nearly 50 years later, (Let Me Be Your) Teddy Bear. Even the hairstyle on the figure in the card parallels Elvis. 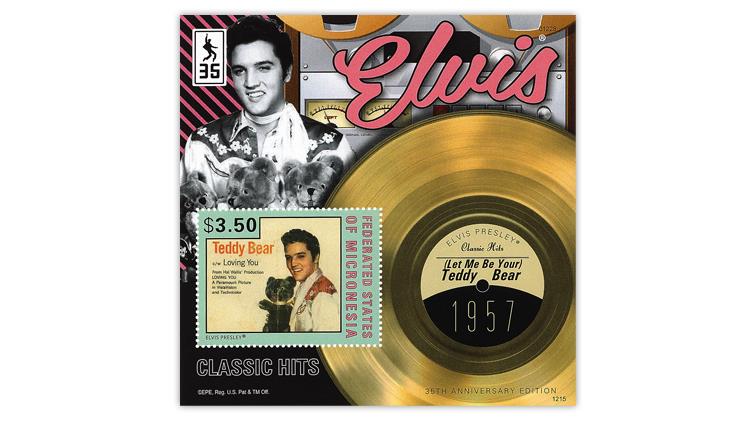 Figure 5. A souvenir sheet issued in 2012 by Micronesia commemorates Elvis Presley’s 1957 hit song (Let Me Be Your) Teddy Bear.
Previous
Next

In 1957, Elvis Presley (1935-1977) recorded (Let Me Be Your) Teddy Bear for the soundtrack of his second motion picture, Loving You, starring Elvis, Lizabeth Scott and Wendell Corey.

The song was written by Kal Mann and Bernie Lowe, but where did the inspiration come from?

It seems the concept was well-known in pop culture, as illustrated by the postcard in Figure 1 with the caption “Let Me Be Your Teddy Bear?” The face and hairstyle shown even remind one of Elvis, until you notice that the person holding the teddy bear is wearing a skirt.

The postcard was sent in 1909 from an unsigned suitor to a Miss Swanson in Rhode Island, and the message reads, “I’ll be your grizzly bear. Now what do you say? It’s all up to you.”

It is a tantalizing question, with no answer 110 years later. But regardless of the personalities involved with the card, it appears to be a good illustration of the quote attributed to Mark Twain, “History never repeats itself, but it does often rhyme.”

As for the song, Teddy Bear was a hit, topping the charts for several weeks in 1957. In 2012 Micronesia included it in a set of souvenir sheets featuring some of Elvis’ classic hits. Figure 2 shows that souvenir sheet with a single $3.50 stamp (Scott 984).