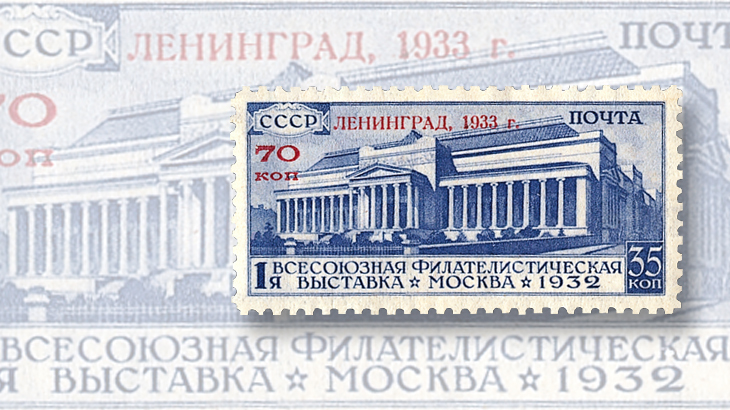 The Soviet Union’s 1933 Leningrad Philatelic Exhibition overprinted and surcharged set (Russia Scott 487-488) is in demand in mint never-hinged condition, and is a good buy at around $325.

There is good demand for many Soviet issues of the 1930s and 1940s. Stamps in mint never-hinged condition are especially in demand.

However, the Russian economy has suffered greatly from the glut in the oil market, as well as from economic sanctions applied as punishment for Russian aggression against Ukraine. This economic turmoil is reflected in the stamp market.

Pricing can be confusing, and values are generally much lower than they were, reflecting the decline in the value of the ruble. In short, prices for Russia stamps are in flux.

Because the Scott catalogs are only published once a year, it is hard for the Scott editors to reflect this situation in the catalog values.

This is notable in the 2016 Scott Classic Specialized Catalogue of Stamps and Covers 1840-1940, where value changes for Russia stamps seem to have caught the crest of the wave.

The Scott Classic Specialized catalog values the set in mint never-hinged condition at $507.75. There is good demand for this set, but the current market value is more in the neighborhood of $325.

If you are actively buying Soviet stamps from this period, expect a discount from Scott catalog values for most sets. It would pay to study the market closely before you buy.