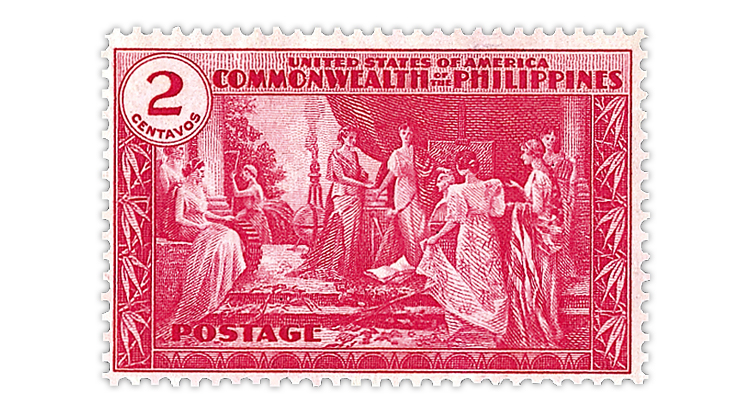 A set of five stamps was issued Nov. 15, 1935, to commemorate the inauguration of the Commonwealth of the Philippines (Scott 397-401). The set is inexpensive, but beautiful.

What can you buy nowadays for $1.85? Not much. Maybe a candy bar or a soft drink, but not even a cup of coffee in many places. But, if you are a classic stamp collector, you can buy beauty.

The Commonwealth of the Philippines issued its first set of stamps Nov. 15, 1935 (Scott 397-401) to commemorate the inauguration of the commonwealth on that date. The beautiful Temples of Human Progress allegorical design is resplendent in carmine rose, deep violet, blue, yellow green and brown stamps.

We recommend splurging and looking for the set in mint never-hinged condition. Just think how great the stamps will look on your album page.