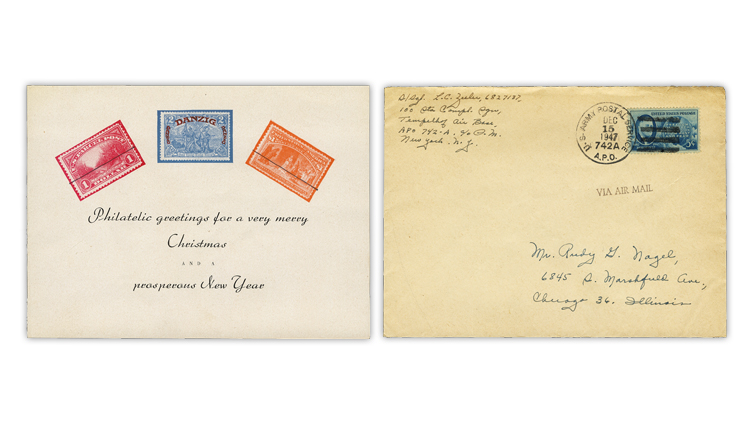 Figure 1. A soldier assigned to Tempelhof Air Base in Berlin sent the Christmas card with images of United States and Danzig stamps. Inside (not shown) were hinged examples of actual German stamps of 1947.

Our computers have been mixed blessings in many ways; Christmas greetings by internet is one of them.

I am always glad to hear from friends at holiday time, but more and more, I miss the excitement of receiving cards in the mail (among the bills and advertisements), especially those from collectors who take the time to feature philately in their Christmas cards or New Year’s greetings.

Figure 1 depicts a nice example from the past. The card was sent from a soldier assigned to Tempelhof Air Base in Berlin, Germany (APO 742A). The cancellation date was Dec. 15, 1947.

A year later, Christmas would be overshadowed by the Russian blockade of Berlin, which extended from June 1948 to May 1949. Tempelhof would play a key role in the Berlin airlift that would eventually break the blockade.

As always, when history and philately are combined, the result is a keeper.