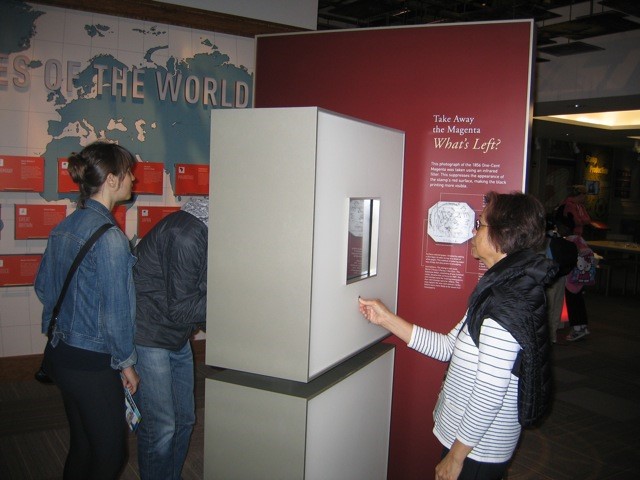 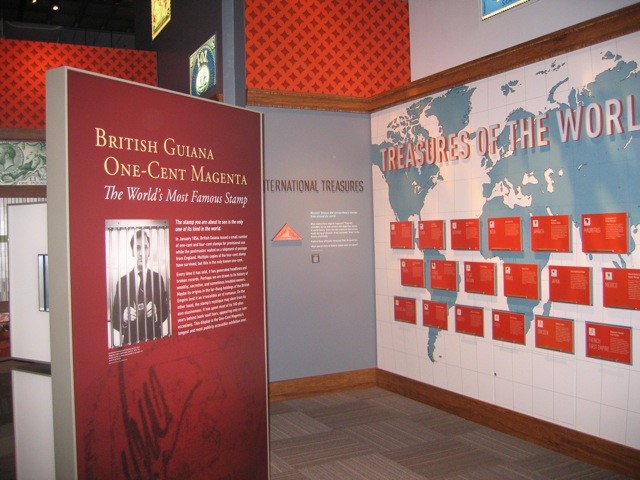 The British Guiana 1¢ Magenta is housed in the "Treasures of the World" display in the William H. Gross Gallery at the National Postal Museum. 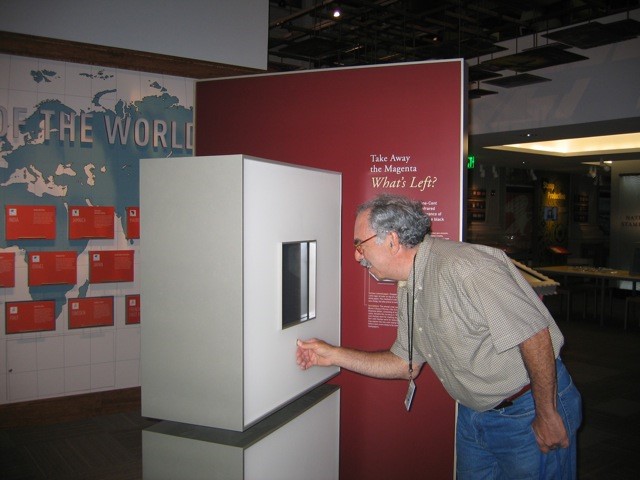 Sandy Robeck, a tour guide at the National Postal Museum, was the first to view the British Guiana 1¢ Magenta when it went on display at the museum June 4.
Previous
Next

Sandy Robeck of McLean, Va., arrived early for his volunteer job of leading tours through the National Postal Museum on June 4. "I thought there would be a crowd," he explained.

But the opening day of the display of the world's most valuable stamp — the British Guiana 1¢ Magenta — drew just a few visitors to the Washington museum during its first public showing in years.

Perhaps because of publicity restrictions dictated by the stamp's owner, the much-anticipated display went largely unnoticed when the Capitol Hill museum opened.

A group of elementary school students visited the William H. Gross Stamp Gallery, where the stamp is housed in a special case that allows visitors to see both its famous front and its reverse.

The children seemed more interested in the free stamps they were allowed to select from a nearby desk.

A few museum employees did stop by to gaze at the famous stamp, which is on display in the "Treasures of the World" section of the Gross gallery.

The stamp's arrival had been given a detailed story in the morning's Express newspaper, which is given away free to Washington, D.C., subway riders.

But The Washington Post and a major television station did not mention the stamp's debut at the NPM.

Linn's was allowed to attend a preview of the stamp at the museum May 8, with the understanding that the event could not be mentioned until after the stamp went on display.