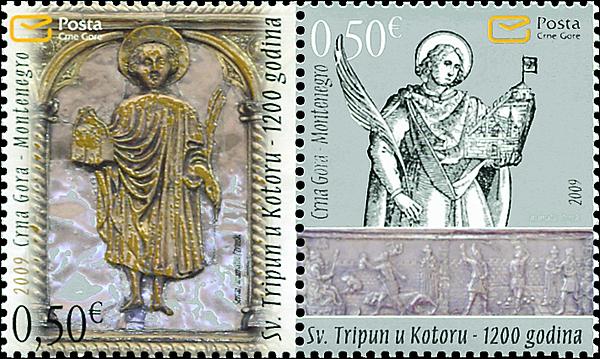 Montenegro — Montenegro was the only Allied nation to disappear from the map of Europe as a result of World War I. Because of its mountainous terrain and the fierce nature of its warriors, Montenegro largely avoided the Ottoman conquest and occupation that the rest of the Balkan nations endured beginning in the 14th century.

Closely related to the Serbs in ethnicity, language, and religion, the Montenegrins went to war with Austria-Hungary on Aug. 6, 1914, helping the Serbs battle the invasion from the dual monarchy. King Alexander I of Serbia was the grandson of King Nicholas I of Montenegro. After the war, this relationship was used to unhappily force Montenegro into the Kingdom of Serbs, Croats, and Slovenes (later known as Yugoslavia).

With the breakup of Yugoslavia beginning in 1991, simmering Montenegrin nationalism was reborn. Montenegro joined Serbia in a rump Federal Republic of Yugoslavia in 1992, but the Bosnian and Kosovo conflicts and NATO bombardments and United Nations sanctions widened the growing gulf between the two countries. With increasing calls for independence, the name of the federation was changed to Serbia and Montenegro in 2003. The countries were governed separately, and it was just a way station on the road to full independence, which came in 2006.

Montenegro has had a conservative stamp-issuing policy, with only about 150 new issues since 2006. Stamp subjects have mostly related to Montenegrin culture, history and wildlife.

We like the €0.50 Kotor Churches Honoring St. Tryphon se-tenant pair (Scott 211) issued Feb. 3, 2009. In addition to Montenegrin and Balkan collectors, the issue is popular with topical collectors of religion on stamps. The 2015 Scott Standard Postage Stamp Catalogue values the pair at $3.75 in mint never-hinged condition, and it is a good buy at up to $4.

United States — Private die proprietary tax stamps (known to collectors as match and medicine stamps) remain popular with collectors who like a bit of whimsy in their collections. The Revenue Act of 1862 established taxes on a number of products, including patent medicines, matches, perfumery and playing cards. Manufacturers who had their own dies designed and engraved for production of the revenue stamps received a 5 percent to 10 percent discount on the stamps. This not only reduced their tax overhead, it allowed them to design eye-catching stamps to advertise their wares.

Some of these revenues are very expensive, but many are within the range of most collectors. A good one to start with is the 31/8¢ Warner’s Safe Cure Co. revenue stamp (Scott RS305).

Hubert H. Warner (1842-1923) became a millionaire manufacturing and selling burglar-proof and fireproof safes. After he fell ill with Bright’s disease, he invested his wealth in the Safe Cure Co. patent medicine business. He made another fortune, but unfortunately lost it speculating in mining and died in relative poverty.

The stamp comes in two varieties: rouletted gauge 5½ and hyphen hole perforated gauge 7. The 2015 Scott Specialized Catalogue of United States Stamps and Covers values both varieties at $1.25. At that price, you really can’t go wrong.