Inverts and errors in Jan. 18-19 Regency auction at Orcoexpo 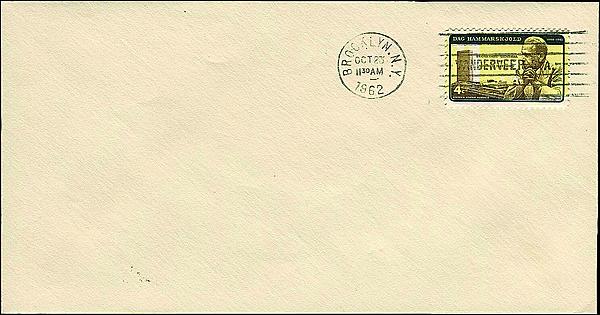 A 1962 first-day cover of the original 4¢ Dag Hammarskjold invert will be offered in the Regency Superior auction taking place at the Orcoexpo show in Anaheim. 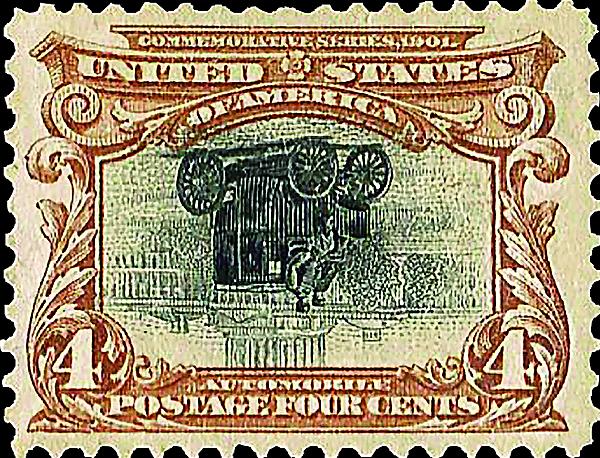 The first of three 4¢ Pan-American inverts to be offered in the upcoming Regency Superior Auction is described as having full original gum and exceptional centering.

During the Jan. 17-19 Orcoexpo stamp show in Anaheim, Calif., Regency-Superior auctions will offer United States and worldwide stamps and covers, along with a variety of lots and collections.

The stamp auction is taking place Jan. 18-19 at the Embassy Suites-Anaheim South, 11767 Harbor Blvd., in Anaheim.

Among the many offerings is a classic U.S. invert from 1901, created not by error, but rather, at the request of Third Assistant Postmaster General Edwin C. Madden.

The 4¢ brown and black Pan American with center inverted (Scott 296a) is the result of a special printing that produced 400 examples, of which 203 are known to have been distributed to the public.

The Regency-Superior auction includes three examples of the 4¢ invert. The first is described by the auctioneer as previously hinged but with full original gum. The stamp has been reperforated at top, but is otherwise sound and extremely fine. Described as a “rare and desirable stamp” with “exceptional centering,” the invert is offered with an estimate of $42,500 against the $75,000 value in the Scott Specialized Catalogue of United States Stamps and Covers.

The auction’s second example of the 4¢ invert, with “a few thin spots and a minor crease,” but “nicer gum than normally found,” is offered with an estimate of $20,000.

The third 4¢ invert bears a Specimen overprint (Scott 296Sa), and is listed with an estimate of $4,500 against a Scott catalog value of $11,500. It is described as having no gum, faults and repairs, with a fine appearance.

The auction also includes a number of modern-era U.S. errors. Among them is a 1962 4¢ Dag Hammarskjold original invert error on a first-day cover with a clear Oct. 23, 1962, postmark from Brooklyn, N.Y. (Scott 1203a). The cancel verifies that the stamp is one of the original inverts, rather than the common intentional reprint invert created by the U.S. Post Office Department and issued Nov. 16 of the same year (1204).

This historic cover is offered with an estimate of $2,000 against a Scott catalog value of $3,000. It is accompanied by a 2013 Sismondo certificate.

More than 2,400 lots are being offered in the Regency-Superior auction; they can be viewed on the firm’s website at www.regencysuperior.com, where online bidding is also available. For additional information, collectors can also contact the firm by writing to Regency-Superior, 229 N. Euclid Ave., St. Louis, MO 63108; or by telephoning 314-361-5699.