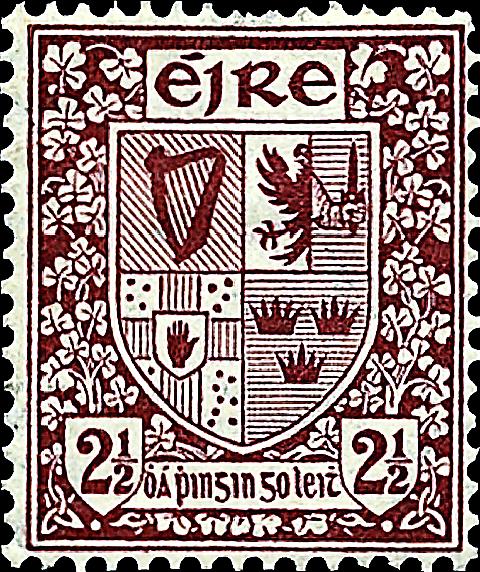 Figure 3. The Sword of Light, on the third definitive stamp, represents progress and enlightenment. The Gaelic description is in an arc over the sword. 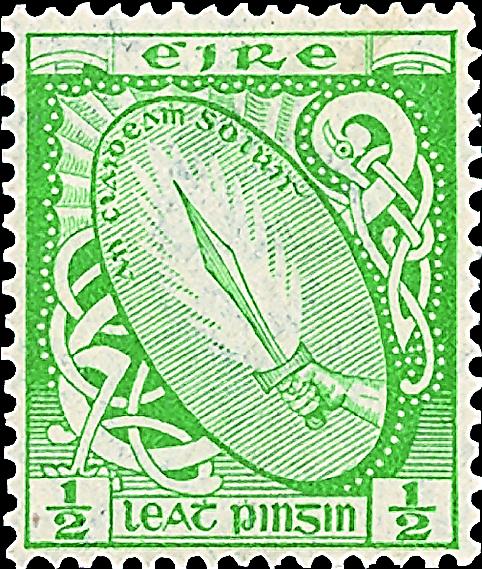 Figure 2. An interpretation of the Cross of Cong appears on the second Eire definitive, designed by Dublin artist Lily Williams. 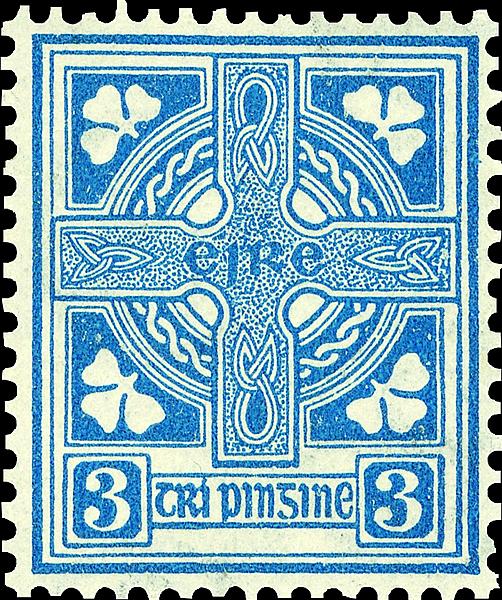 Figure 4. The arms of the historical Four Provinces appear on the last of the four definitive designs issued in 1922-23. 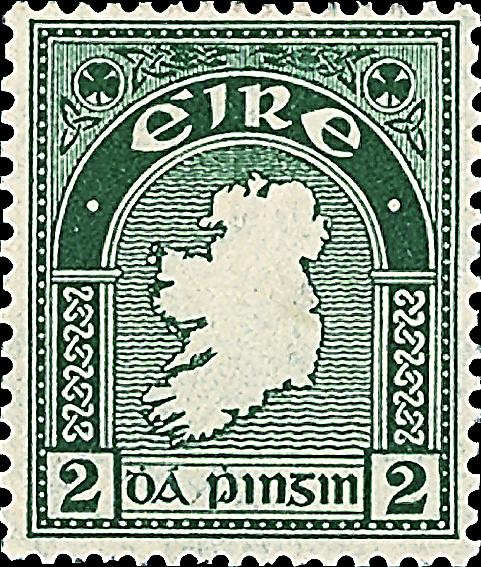 Figure 1. The first definitive of the new Irish Free State depicts a map of the entire island, including the British northern part.

On Dec. 6, 1921, British and Irish delegations signed the Anglo-Irish Treaty that resulted in the creation of the Irish Free State (Saorstat Eireann) on Jan. 15, 1922. On Dec. 6 of that year, the Free State was formally constituted and a provisional government was replaced by a permanent one.

New overprints (Scott 44-58) reading “Saorstat Eireann 1922” were added to British definitive stamps already in use in Ireland, while plans were made for the production of specific Irish Free State postal issues.

On Feb. 1, 1922, the postmaster general of the fledgling Free State invited the public to submit design ideas for new stamps. The designs “should be of symbolical character,” with inscriptions in Gaelic characters, according to the postmaster general’s announcements in the newspapers. Each design chosen would earn its creator £25.

Four designs were selected and printed in different colors for various values of the first definitive stamps of Ireland (Scott 65-76), with the country name appearing as the Gaelic Eire.

The stamps were primarily a British project. The dies were engraved and the plates were made at the Royal Mint in London; the paper was made in Kent, England, and gummed in London.

The plates and paper were sent to Ireland for typographic printing at Dublin Castle, but then returned to London to be perforated.

The first of the issues (Scott 68, Figure 1), a 2-pinsin (penny) value in deep green, was released Dec. 6, 1922, the first anniversary of the Irish peace agreement. The design was by James Ingram of Glasnevin, Dublin, and shows an outline map of all of Ireland, including (to the dismay of many) the northern part that was not part of the new Free State. The frame displays Celtic ornamentation including knots, scrolls and shamrocks.

The second design, showing a cross similar to the 12th-century Cross of Cong with shamrocks around it, was issued as a 3p value in ultramarine on Mar. 16, 1923 (Scott 70, Figure 2).

The design was by an established Dublin artist, Lily Williams, adapting it from a similar design she had used on a label for the Sinn Fein political party around 1907.

On the third design, known as the Sword of Light, a hand grasps a sword in an illuminated oval surrounded by Celtic ornamentation (Figure 3).

The Gaelic words for Sword of Light — An Claidheamh Soluis — wrap around the inside of the oval containing the sword. That wording, which signifies enlightenment and progress, also was the title of an Irish nationalist newspaper published from 1899-1932.

The Sword of Light design was by John J. O’Reilly, a Dublin artist who specialized in illuminated art. The ½p emerald green stamp, Scott 65, was issued April 20, 1923.

The last of the original four definitive designs was by Dublin artist Millicent Grace Girling, who was only about 21 years old at the time of the design competition. Her concept featured the arms of the historical Four Provinces of Ireland: Leinster, Connaught, Ulster and Munster.

The provinces are not political divisions but essentially cultural references. Shamrocks again figure in the frame of the design.

All four of the designs were used repeatedly, over the course of 14 values of definitive issues between 1922 and 1949. Some booklet pane versions of the designs are valued in hundreds of dollars in the Scott Classic Specialized Catalogue of Stamps and Covers 1840-1940, but the regular sheet stamps are extremely inexpensive.

Their main value is in the artistry and historical interest as the first philatelic expressions of a newly constituted nation.