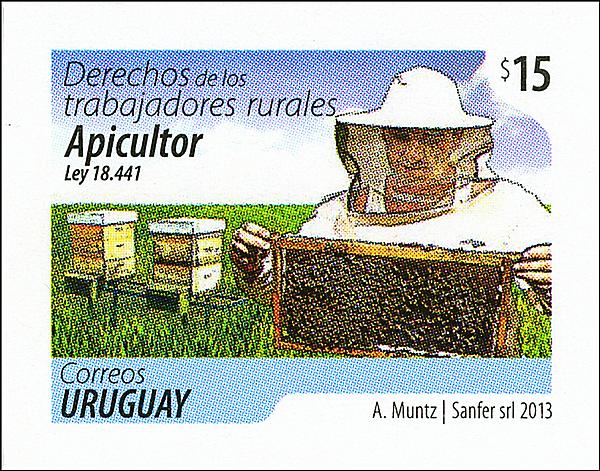 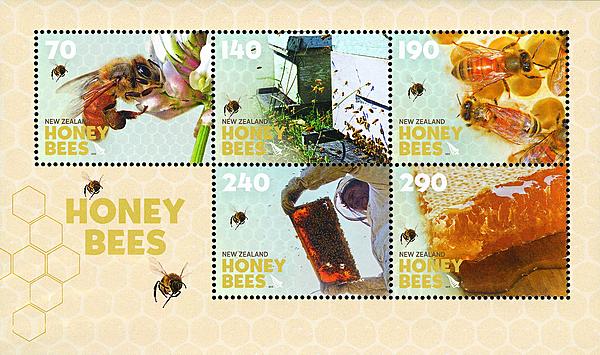 Figure 4. New Zealand issued five stamps July 3 illustrating how honey gets from the hive to the table. A souvenir sheet contains the five stamps se-tenant.

Figure 3. The Portuguese stamp depicts hives made of cork and bees collecting pollen from cistus, also known as rock rose. 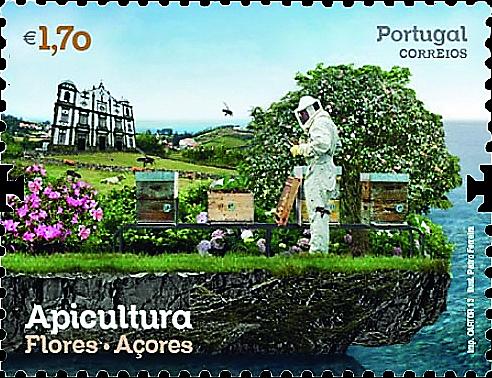 Figure 2. Beekeeping on the island of Flores in the Azores is represented on this stamp issued by the Portuguese post office.

Figure 1. A recent se-tenant pair of stamps from New Caledonia pictures bees and a beekeeper at work.

In the United States and other countries, beekeeping, or apiculture, has been increasing in popularity in recent years, especially in urban areas.

A handful of postal administrations commemorated beekeeping on stamps issued in 2013.

The stamp on the left pictures jars of honey and a beekeeper, or apiarist, smoking a hive. The smoke helps calm the bees before opening the hive. Bees are depicted on the stamp on the right.

According to information from New Caledonia’s Office of Post and Telecommunications, OPT, beekeeping was introduced to these southwest Pacific Ocean islands in 1848 by Society of Mary missionaries. The islands now have approximately 5,000 bee colonies.

Portugal’s post office, Correios, issued 18 stamps in 2013 honoring beekeeping. The stamps are in three sets of six: one set for Portugal and one set each for the autonomous regions of Azores and Madeira. All of the stamps are valid throughout Portugal.

The set for the Azores, a group of nine volcanic islands in the North Atlantic Ocean, was issued Oct. 9. The stamps are inscribed both “Portugal Correios” and “Acores.” Each stamp represents a different island and its name is included as well.

For example, the €1.70 stamp shown in Figure 2 features Flores, the most western island of the Azores. The cutaway view of the island includes a beekeeper, bees buzzing around flowers and the Church of Our Lady of the Conception. This church dates back to the 16th century.

The islands of Sao Jorge, Pico and Santa Maria are honored on the €0.36, €0.70 and €0.80 stamps. In addition to churches, a windmill and lighthouse also are pictured.

Cartor SA of Meauce, France, printed these four Azores stamps by offset in sheets of 50.

The other two stamps in the Azores’ Apiculture set are in separate souvenir sheets. One sheet contains a €1.70 stamp highlighting Sao Miguel, the largest of the nine islands of the Azores. In addition to the bees, clay hives and a church, this stamp shows a cow.

The €1.90 stamp on the other souvenir sheet depicts a group of cows along with melons and cabbage growing on the island of Terceira.

As happened in New Caledonia, Catholic priests introduced bees to the Azores, although about 300 to 400 years earlier.

The new-issue announcement says: “These missionaries found favourable weather conditions and a great diversity of plants from which high-quality honey and beeswax could be produced. Plants growing wild in forests and natural pastures, predominantly the white clover, as well as cultivated species brought from other regions, contributed to the production of superior honey.”

Earlier in the year, on May 17, Portugal issued a set of six Apiculture stamps for Madeira. These stamps are inscribed “Madeira” in the upper left and “Portugal Correios” in the lower left.

The other designs picture bees with flowers, landscapes or hives.

All three are included on the stamp pictured in Figure 3. This €0.80 denomination from the Portuguese set shows bees and cistus, or rock rose, on the left. Round hives made of cork can be seen on the right.

New Zealand and Uruguay also paid tribute to apiculture on stamps issued in 2013.

New Zealand issued a set of Honey Bee stamps July 3 in conjunction with the 100th anniversary of the National Beekeepers Association of New Zealand.

According to New Zealand Post, the stamps aim to raise awareness of the important role the honey bee plays in New Zealand.

The designs depict five steps involved in getting honey from the hive to the table: the bees collect nectar (70¢), they return to the hive ($1.40), they transfer the nectar to the honey storage area in the hive ($1.90), the beekeeper harvests the honey ($2.40), and the honey is processed and packaged to eat ($2.90).

The souvenir sheet containing these five stamps is illustrated in Figure 4. Each stamp also is available separately in a sheet of 25.

The 15-peso self-adhesive stamp from Uruguay pictured in Figure 5 shows a beekeeper and hives. This stamp, issued May 17, is part of the 2013 definitive series promoting the rights of rural workers as detailed in law 18.441 of 2008.

In addition, bees and honey products are pictured on a variety of other stamps from 2013.

For example, Yemen began the year, on Jan. 1, with a set of four stamps and a souvenir sheet inscribed “Yemen honey.” In addition to showing honey, the designs picture bees and pieces of honeycomb.

Four Romanian stamps issued June 7 to promote healthy eating each show a jar of honey. Nuts, cinnamon and berries also are pictured. The four stamps are in a single pane.

The new-issue announcement from Romania extolled the benefits of honey, saying it has “exceptional nutritional qualities, being the strongest and fastest natural energizer ever known.”

The announcement continues: “The substances contained by it [honey] are easily assimilated by the human body that receives minerals, vitamins and enzymes from the honey.

“The nutritional qualities of honey are complemented by special therapeutic actions among which antimicrobial, soothing, detoxifying or expectorating ones.”