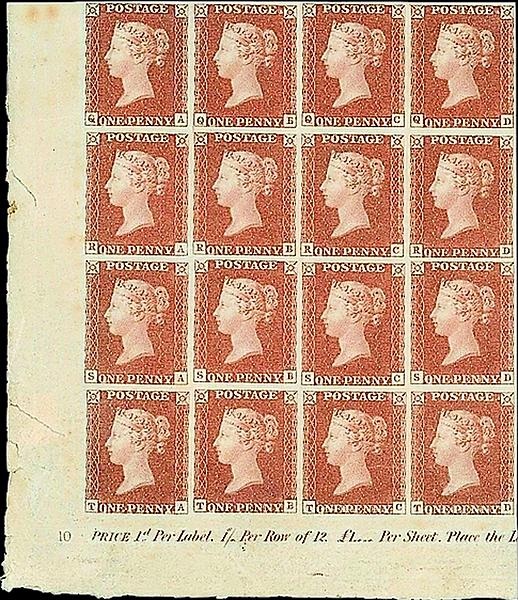 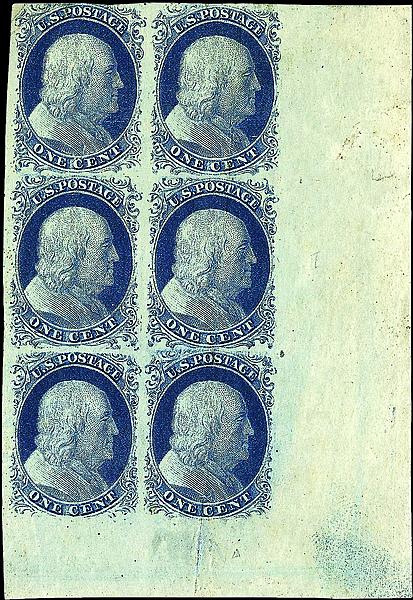 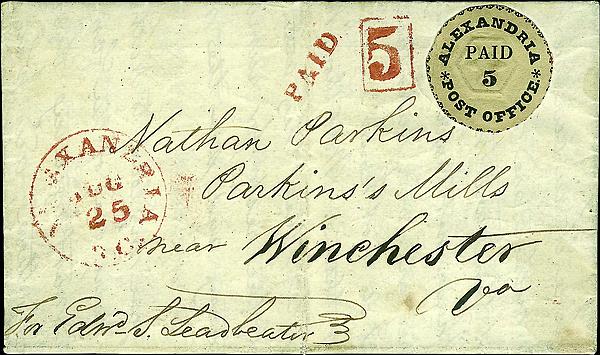 Figure 6. A stunning item from a December Siegel Auction Galleries sale, this 1846 Alexandria postmaster’s provisional on an interesting historical letter was hammered down for $529,000. 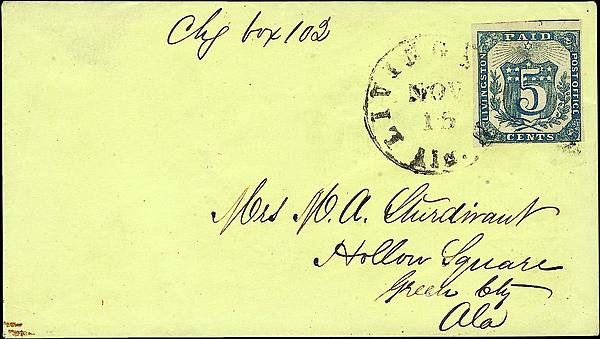 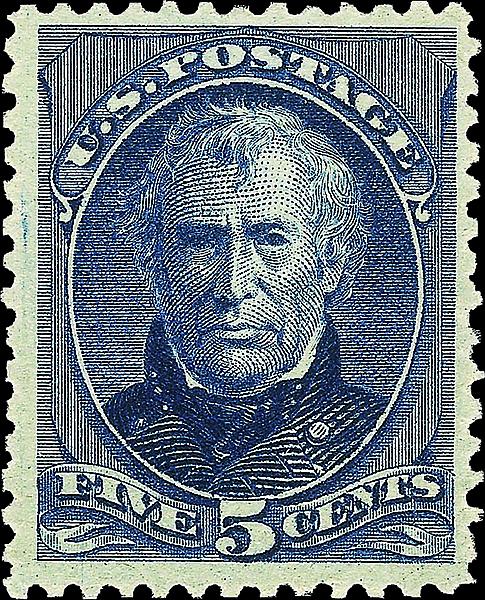 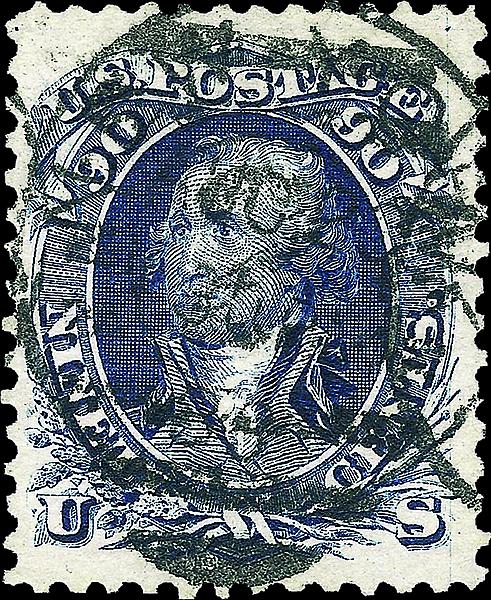 Figure 3. One of only five known used examples, this example of United States Scott 111 brought $172,500 at auction two months ago. 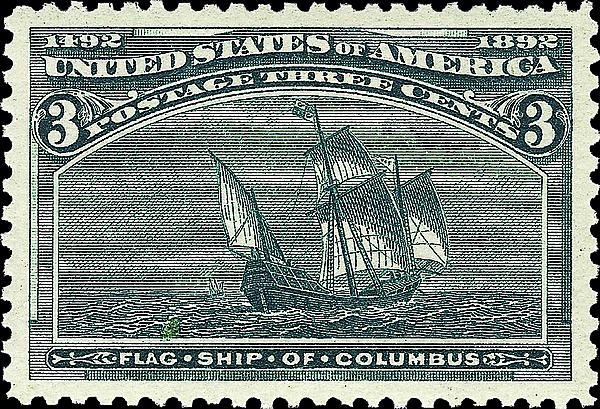 Figure 2. This 3¢ Columbian’s grading of gem 100 jumbo led to its selling for more than 100 times catalog value at a Siegel auction last November. 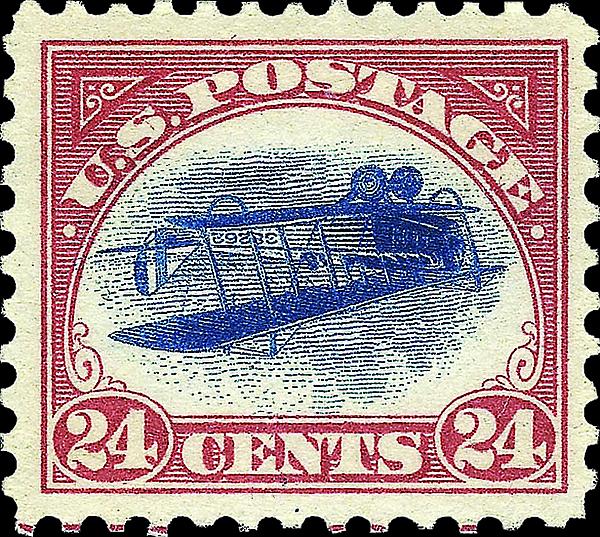 The year 2012 in stamp auctions finished triumphantly with impressive results.

In New York, Robert A. Siegel Auction Galleries offered the Merlin collection of top-quality stamps on Nov. 28-29, which included an example of the most famous United States error stamp, the 24¢ airmail with the Curtiss Jenny airplane upside down in the design (Scott C3a, Figure 1).

Position 48 in the sheet of 100 discovered in 1918, the Merlin Jenny Invert was part of a block of four for many decades. Though better-centered than most of its kind, the stamp has a couple of small thin spots, the result of less-than-careful handling in the past, that detract somewhat from its value. It sold for $241,500 (all Siegel results here include 15 percent buyer’s premium).

Asked about the result, Siegel president Scott Trepel wrote: “The Merlin C3a was right at the level I expected. It’s a beautiful, fresh stamp, and the tiny thin specks placed it in the value category for some bidders who were shut out on the sound copies we sold this year.”

The Jenny Invert in the Frelinghuysen collection, for instance, sold in March 2012 for more than $700,000.

The Merlin sale included an unused 4¢ Columbian blue error of color (Scott 233a; the normal color is ultramarine) which sold for $37,375, as well as many stamps with high numerical grades. A mint, never-hinged 3¢ Columbian (232, Figure 2) graded gem 100 jumbo, which is valued at $110 in the grade of Very Fine in the Scott Specialized Catalog of United States Stamps and Covers, brought $12,075, while a mint, never-hinged $1 Trans-Mississippi (292) graded superb 98 brought $69,000.

Also notable were several used copies of 1875 reissues of the U.S. 1861-66 issue. These reprints were made for the Centennial Exposition in Philadelphia in 1876, and can be distinguished from originals by their color shades and their hard, white paper.

But philately was still in its infancy then, and only 300 to 400 of each reprint were sold before the remainders were destroyed. A few were used for postage.

All in all, 2012 was a good year for classic reissues and special printings in the marketplace, and the streak continued in December.

Siegel offered the David W. Gorham collection on Dec. 10, specializing in “the rarest of all United States stamps”: the 1875 and 1880 reissues, as well as trial printings of the 1861 issue.

A trial printing of the 90¢ blue Washington issue of 1861 (Scott 72-E6h; Siegel offered it under its former number, 62) with nice margins on bright, white paper brought $74,750. Its design differs subtly from the regular issue in the shading of the upper ribbon. Of the 22 known, just six, including this example, are sound.

Also on Dec. 10, Siegel sold the Peter Sharrer collection of Confederate postmasters’ provisional stamps. These stamps were printed locally in towns throughout the South during the Civil War, before the Confederacy put out a national issue.

One of the most attractive items was a Livingston, Ala., 5¢ blue provisional (Scott Confederate States 51X1, Figure 5) on a November 1861 cover.

The stamp itself is one of the best produced of the provisionals, and the cover is regarded as the nicest of the half-dozen extant; it sold for $115,000.

An 1864 cover with a Goliad, Texas, 10¢ black stamp on buff rather than grey paper (variety of Scott Confederate States 29X7) was unknown to philately until 1988, when descendants of the addressee put it on the market for the first time. It sold in this auction for $126,500.

Siegel ended the year with a weeklong sale of U.S. and worldwide material. The standout item was a U.S. postmasters’ provisional from 1846, before the first regular postage stamp issue.

Cut to shape but with enough stars showing to identify the stamp as type I, the Alexandria 5¢ black-on-buff (Scott 1X1, Figure 6) was affixed to a letter discussing the vote to return the town from the District of Columbia to the state of Virginia the following year. The cover sold for $529,000.

A stunning unused corner margin block of six of the 1851 1¢ Franklin issue (Figure 7) sold for $138,000. When the die impressions were laid down on the printing plate, 99 impressions were type II’s, with extensive scrollwork at top and bottom of the design, while one (the lower left stamp in this block, position 99R2) was a type III, with much of the scrollwork cut away.

Over in London, Spink offered the Fordwater collection of Great Britain stamps on Nov. 27 and the fourth and final part of the Chartwell collection on Dec. 6.

Concentrating on Britain’s early line-engraved issues, the Chartwell sale offered remarkable essays and trials, including some for the world’s first stamp, the Penny Black of 1840. The actual stamp also was heavily represented.

An unused example from plate 5 in a pale shade with inverted watermark (Scott 1c) went for $39,000. A magnificent corner block of 16 Penny Reds (Figure 8) printed from plate 10, which was originally used to print Penny Blacks, brought $46,800.

Summing up the philatelic year, Siegel’s Trepel wrote: “I thought the market performed extremely well, especially in terms of buyers replacing some of the collectors and speculator-type buyers we had in 2006-08. We have a new group of enthusiastic collectors who are building their collections. In each category of material we offered, there were new, active bidders.

“My long-term concern is the shortage of young professionals,” Trepel added. “We need dealers with knowledge and capital. I’m doing my part to support some of the younger pros, but at the grass roots level, we need more dealers promoting the hobby.”