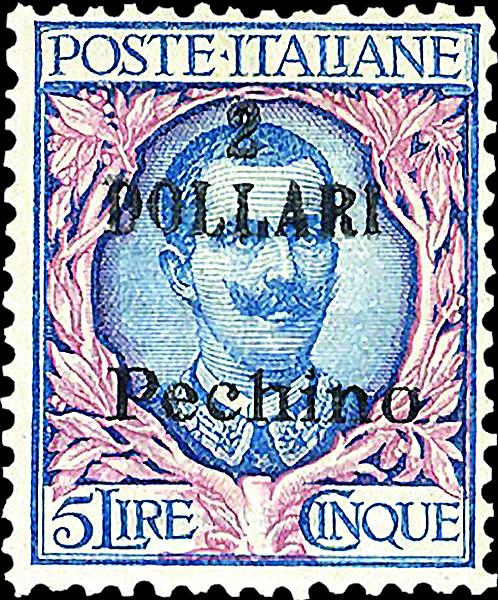 Figure 5. Only 15 known copies survive of the Italian Offices in China $2 on 5-lire “Pechino” type II local surcharge with “2 DOLLARI” in all capital letters. Cherrystone Auctions sold two of them last month. 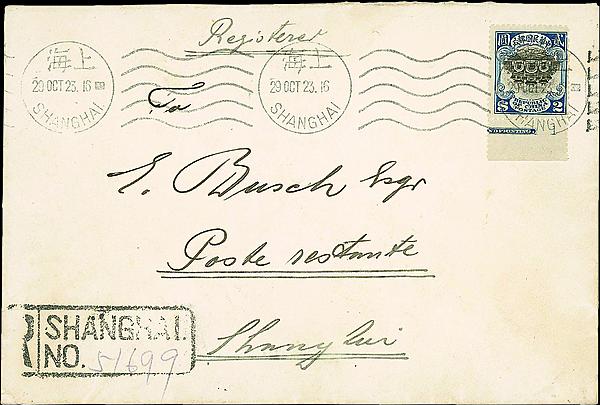 Figure 4. Spink China offered this registered letter at auction last month: the only known cover with the $2 Hall of Classics invert. It sold for $619,000. 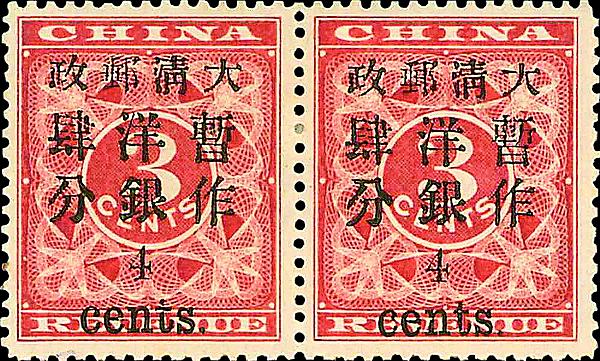 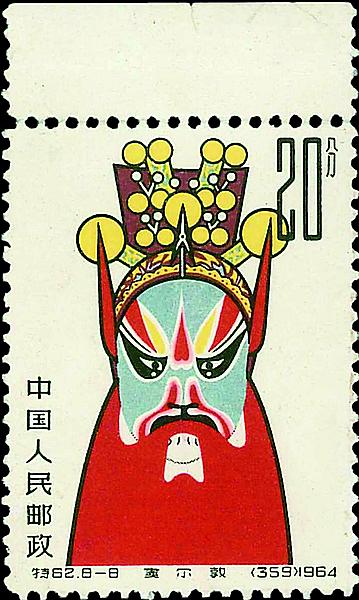 Figure 2. Survivor of a set that was printed but never issued in 1964, this stamp depicting a Chinese opera mask brought $140,000 at auction. 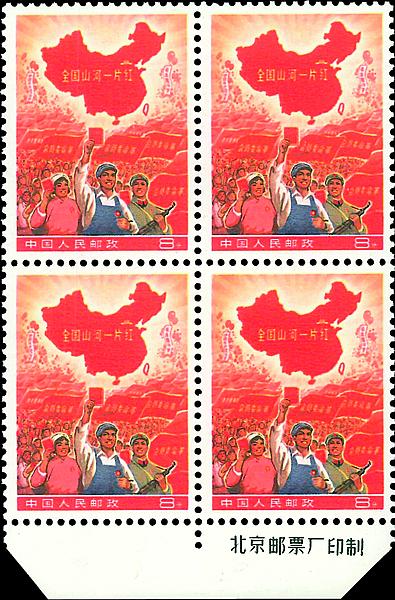 The biggest boom in philately in recent years has been for Chinese stamps, and sales late last fall and early this year bore out this trend. For one, InterAsia Auctions in Hong Kong ran a series of six sales Dec. 15-18 with some dramatic realizations for Chinese material.

While most of the top prices in European and American philately are paid for 19th and early 20th century rarities, China is unusual in that modern issues of the People’s Republic can draw the biggest prices.

This peculiarity results from two factors in China’s history. Thanks to the capricious politics of the Cultural Revolution, a number of stamp issues in the 1960s were printed but hastily abandoned, with only tiny numbers reaching the public. And, until the market reforms of the 1980s, philately in mainland China was shunned as a “bourgeois” pursuit, and few had the spare cash to collect stamps.

Now all that has changed.

The situation is perhaps best illustrated by the star-crossed “The Entire Nation is Red” issue. This 8-fen stamp (Scott 999A), issued in November 1968, was meant to celebrate the totality of Communism in China — a claim belied by the map’s representation of Taiwan, which is clearly white.

The stamp was hastily withdrawn after just a few hours on sale; the official reason was that an atlas editor in Beijing had noticed some minor islands were omitted from the design.

A mint, never-hinged block of four with marginal inscription (Figure 1) sold for HK$6.325 million, or about $815,000 (all InterAsia results here include 15 percent buyer’s commission). A canceled single of the same stamp, despite tears and a crease, brought $47,400.

Another unused block, minus margin, had a comparable realization on Nov. 28 at the Beijing auction house China Guardian, where it sold for 4.6 million yuan, or about $740,000 (including 15 percent buyer’s commission). China Guardian was the same firm that realized a record price for a Chinese stamp back in May 2012, selling an unissued stamp in a similar, but horizontal, design for $1.15 million (described in Linn’s, June 18, 2012).

Another issue that was printed but never saw the light of day was a 1964 series of theatrical masks of the Beijing opera (not listed in Scott; Yang S62A). A slightly faulty top margin single of the 20f Dou Er Dun stamp (Figure 2) from that set went for $140,000 at InterAsia.

A mint full sheet of 80 of the ever-popular 8f Year of the Monkey stamp (Scott 1586) went for $148,000, continuing a price trend that illustrates yet another peculiarity in Chinese philately: the role of superstition.

Issued in 1980 to mark the year of the Golden Monkey, an extra-auspicious turn in the Chinese calendar that comes once every 60 years, this stamp is neither rare (five million were issued) nor erroneous, nor politically suspect. But the color red and the number 8 both denote good luck, so the stamp is in high demand. In a land where there are many more than five million eager stamp collectors, this issue’s price has stayed in the heavens.

Earlier eras of Chinese philately were not without their standouts in the InterAsia sales. Notable were an unused 1897 “Red Revenue” 2¢ with small figures and a green-and-black double surcharge (Scott 79g), which brought $222,000.

A Sinkiang provincial overprint with the second and third Chinese characters transposed on a $1 Hall of Classics stamp (Scott 16a), considered one of the four philatelic treasures of the 1912-1949 republic, brought $71,000.

Postal history was well represented at the InterAsia sales, with items from some award-winning collections. A grand prix-worthy 1879 cover bearing a strip of three 1-candareen Large Dragon stamps (Scott 1) and canceled with an unusual “Post Office/Chinkiang” postmark, went for $178,000.

China was dominated in the 19th century by foreign powers with their own post offices around the country. An 1882 registered letter mailed at the British post office in Canton (Guangzhou), franked with three Hong Kong 10¢ lilac Queen Victoria stamps (Scott 42) and canceled with the British “C1” postmark, missed the French packet ship its sender had aimed for. It was therefore postmarked “Too Late” in Hong Kong, sent by British ship to Italy and from there by train to its destination in Germany.

Along the way the letter was disinfected, as evidenced by several slits and a smudge to the “R” marking. This fascinating cover realized $28,000, more than double its estimate.

Spink China closed out the Year of the Dragon with an auction on Jan. 13 featuring another “treasure of the republic.” Only a single pane of 50 examples of the $2 Hall of Classics with inverted center (Scott 237a) was ever reported, and the stamp is unique on cover. The latter, a registered letter (Figure 4), fetched $619,000 (all Spink results include 20 percent buyer’s commission). An unused single of the same stamp, with a lower margin imprint, brought $154,000.

An unused block of six stamps containing the Sinkiang overprint error described above, with the error stamp never hinged, brought $340,000 at the Spink sale.

Zurich Asia sold another “treasure” on Oct. 13 at what seems to have been a record price for an item from the Republic of China. A mint, never-hinged pair of 1941 $2 Sun Yat-Sen stamps with inverted center (Scott 461a) brought $710,000, including the 15 percent buyer’s commission. Only one other multiple, a block of ten, remains from the original pane of 50 of these inverts.

The new auction year got off to a strong start in New York with a sale of United States and worldwide stamps by Cherrystone Auction Galleries on Jan. 9-10.

Famous inverts were the highlights. An unused, no-gum Belgian Congo stamp of 1894, the 10-franc River Steamer on the Congo with inverted center (Scott 30a), brought $71,875 (all Cherrystone results include 15 percent buyer’s commission). Only a handful are known.

A U.S. $1 Rush Lamp and Candle Holder with inverted brown intaglio printing (Scott 1610c), dubbed the “C.I.A. Invert” because of its discovery by agency employees, went for $16,675.

China also was represented in the Cherrystone sale. Of special note was the Italian Offices in China $2 on 5-lire “Pechino” (Beijing) type II local surcharge with “2 DOLLARI” in all capital letters (Scott 30a, Figure 5). Two of the 15 known copies of the stamp were in this sale: the unused, hinged example brought $37,375, while the never-hinged copy went for $57,500 — a remarkable price difference for what amounts to a few molecules of stamp gum.

Lower-budget collectors could find something interesting at the Cherrystone sale, too. A used set of the 1905-09 Kaiser’s Yacht issue from the German colony of Kiauchau (present-day Jiaozhou, China) with lozenges watermark (Scott 33-42) sold for $661. Properly postmarked, this set in used condition is worth about 15 times more than unused, as sales to collectors back in Berlin far outpaced use in the colony.