20th-century covers from little islands on different sides of globe 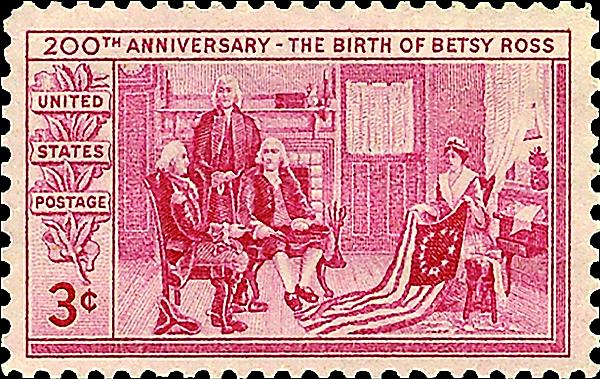 Figure 3. The cartoon caption contest stamp for May is this 3¢ commemorative showing the presentation of the new American flag to Gen. George Washington. The rules to enter the contest are in the accompanying article. Entries must be received at < 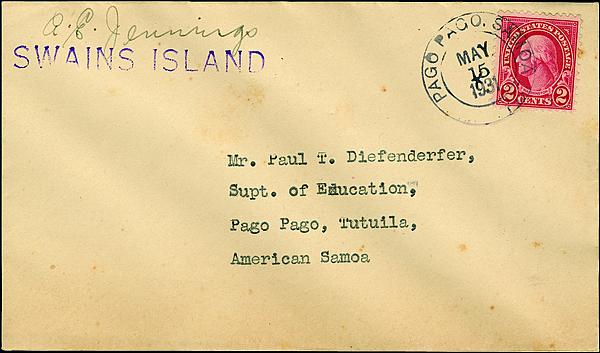 Figure 2. Swains Island, located on the other side of the world in the South Pacific Ocean, was claimed for the United States under provisions of the Guano Islands Act of 1856. This 1931 cover was canceled in Pago Pago, the capital of American Samoa, w 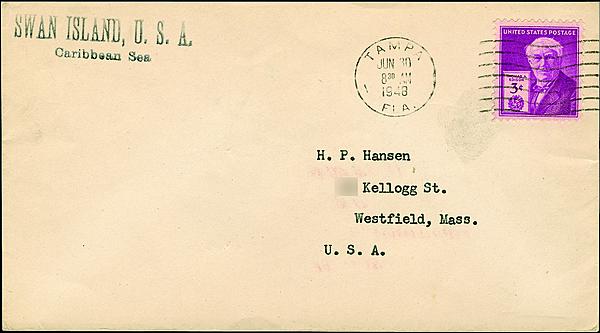 Figure 1. “Swan Island, U.S.A., Caribbean Sea” is the return address for this 1948 cover. At the time, the United States owned the island.

What a difference two similar letters can represent.

The two covers shown here as Figures 1 and 2 are from two islands on opposite sides of the globe and have names that differ by only two letters: Swan and Swains.

The Swan Island cover in Figure 1 was from the island in the Caribbean about 95 miles north of Honduras.

Swains Island, with a cover in Figure 2, is about 200 miles north of Tutuila, American Samoa, in the South Pacific Ocean. The island is currently a part of that American possession.

The United States owned the chain under the Guano Islands Act of Aug. 18, 1856.

Though initially guano was the major resource, the island’s utility expanded to include agricultural production in coconut plantations and as a location for aids to navigation and regional communications.

On Sept. 1, 1972, the United States recognized Honduras’ long-standing claim to the islands.

Prior to that, mail from the islands bore U.S. postage and was picked up by passing ships and deposited at a mainland post office.

Swains Island was acquired by an American, Eli Hutchinson Jennings, who married the daughter of a Samoan chief, in 1856.

It was claimed for the United States by the United States Guano Co. in 1860 under the provisions of the 1856 Guano Islands Act. But it was not officially a U.S. territory until 1925, when the inhabitants petitioned Congress to allow Swains to join with American Samoa.

At that point, mail from the coral island began to flow through Pago Pago, the capital of American Samoa, where it was canceled.

The point of origin is handstamped “Swains Island” in the return address. Above that is the signature of A.E. Jennings, the owner of the island and its postmaster.

The addressee, Paul Diefendorfer, was known as an aid cover collector.

In 1925, the island had a population of about 100.The latest population figure is 17 Tokelauans, who harvest the island’s coconuts.

The three islands in the Swan chain are currently uninhabited except for a small Honduran Navy garrison.

Thus we are not likely to see modern versions of the covers shown here.

The story of Betsy Ross designing the American flag under the supervision of Gen. George Washington is these days generally placed in the category of myth. And yet, it remains in the popular consciousness.

The credit for that belongs at least in part to the widespread celebration of the fable that caught fire after Ross’ grandson, William J. Canby, presented a paper to the Historical Society of Pennsylvania in 1870, in which he claimed that his grandmother had “made with her own hands the first flag” of the United States.

Recent research suggests that there were several flag makers in Philadelphia at the time, and Ross’ contribution is probably limited to changing the six-pointed star of earlier efforts to a five-pointed star.

It is agreed that she was born in 1752, the eighth of 17 children, and named Elizabeth Griscom.

Ross was the name of her first husband John Ross.

While the legend was mostly uncritically accepted, the U.S. Post Office Department issued a 3¢ carmine rose commemorative (Scott 1004) on the 200th anniversary of her birth plus one day, on Jan. 2, 1952, thus helping to perpetuate the story.

It is this stamp in Figure 3 that we will use as the cartoon caption contest stamp for May.

So, pick up Betsy’s needle and thread, and consider what you might be thinking or feeling about presenting the new American flag to General Washington, Robert Morris and George Ross.

Or you can speculate about her thoughts about the myth, or be inspired by anything else that appeals to you.

Two prizes will be given, one each for the best philatelic and nonphilatelic lines.

For each winner, the prize will be the book Linn’s Stamp Identifier, published by Linn’s (a retail value of $12.99), or a 13-week subscription to Linn’s (a new subscription or an extension). To be considered for a prize, entries must reach Linn’s no later than May 26.