Finland announces second half of its 2014 stamp program 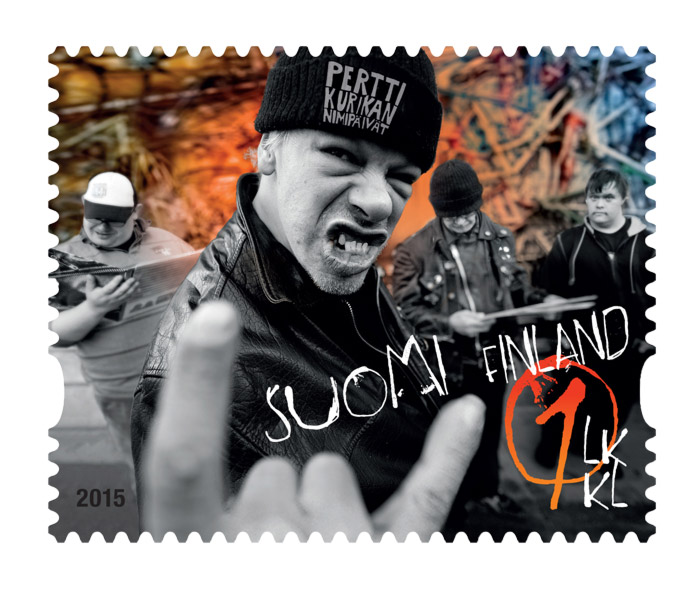 Finland’s Tom of Finland stamps to be issued in September have generated a lot of publicity. Tom of Finland is the pseudonym of Touko Laaksonen. One stamp from the souvenir sheet of three is shown.

Finland announced the second half of its 2014 stamp program April 13, but of the seven sets of stamps to be issued, only one is receiving widespread publicity.

Several newspapers and news websites have focused on stamps featuring artwork by Tom of Finland.

The April 13 press release from Itella Posti Oy announcing the second half of its 2014 stamp program said: “The autumn’s stamp series begins September 8 with Tom of Finland, who is considered one of the most well-known Finnish artists around the world. His emphatically masculine homoerotic drawings have attained iconic status in their genre and had an influence on, for instance, pop culture and fashion. In his works, Tom of Finland utilized the self-irony and humor typical of subcultures.”

Tom of Finland is the pseudonym of Touko Laaksonen (1920-91). His artwork also will be displayed in the exhibition “Sealed with a Secret — Correspondence of Tom of Finland” opening Sept. 6 at the new postal museum in Vapriikki.

The Tom of Finland issue includes three self-adhesive stamps in a souvenir sheet format. Like most Finnish stamps they are nondenominated, paying the domestic first-class rate.

The Signs of the Sky booklet includes eight free-form self-adhesive stamps and fun stickers that can be added to them to form faces. The stamps picture planets, a shooting star, sun, clouds and a rainbow.

Another booklet of free-form stamps will be issued Oct. 23 in a series leading up to the 100th anniversary of Finland’s independence in 2017.

This booklet, called Changes in Everyday Finland, includes six first-class self-adhesive stamps designed by Sami Saramaki showing a variety of objects, including a computer mouse, a slice of pizza and nail polish. Farming scenes, household appliances and modes of transportation also are pictured.

Ten coil stamps to be issued Oct. 23 in a single roll of 100 feature Jaakko Tahti’s photographs of Finnish bridges taken at different times of the day and of the year.

Two self-adhesive Christmas stamps also will be issued Oct. 23. Artwork by book illustrator Kristiana Segercrantz shows the adventures of an elf girl with braided hair and her reindeer friend.

Finland’s three Oct. 23 stamp issues will be released at the opening of the Helsinki Book Fair at Messukeskus.