Lack of zeal for 1865 Newfoundland seal led to design change 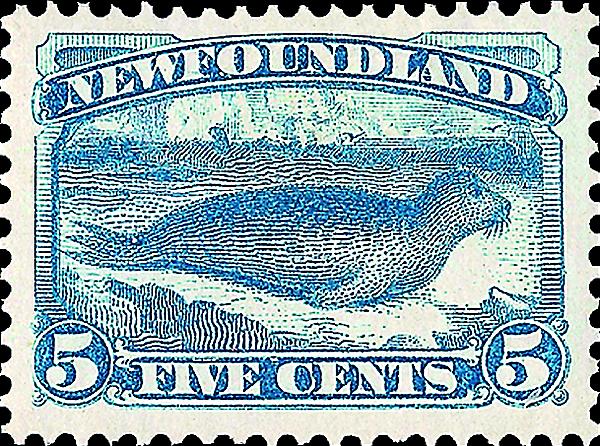 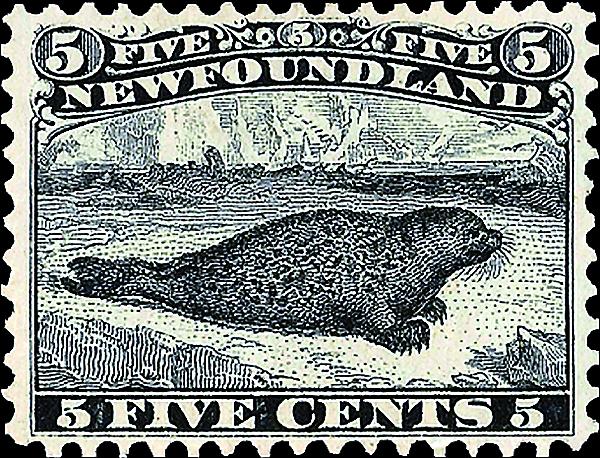 Figure 1. One of Newfoundland’s early decimal issues pictured a harp seal, a common mammal of the country.

With the arrival of decimal currency in 1865, Newfoundland needed new postage stamps as well as new money.

Sometimes known as the “First Cents” issue, eight stamps were issued Nov. 15, 1865 (Scott 24-31), with designs depicting some typical symbols of Newfoundland plus images of Queen Victoria and Prince Albert.

The symbols were a codfish, a sailing ship and a harp seal. It is the seal that led to a situation that makes these stamps qualify as collectible classics.

Harp seals are robust members of the family Phocidae (earless seal), with black faces, light gray fur and a coloration on their back that resembles a harp.

Their habitat is wide, on ice packs in the Arctic and North Atlantic, from Newfoundland (where its breeding grounds are) to northern Russia.

The designs were drawn by Charles Henry Jeens (1827-79), who worked on many postage stamps of the British colonies. Some sources credit Jeens with engraving the eventual stamps, but others say the engraver was Joseph Ives Pease.

For the 5¢ value, Jeens depicted a seal on the ice, apparently pausing as it was moving off to the viewer’s right of the stamp. The seal’s foreflippers clearly end in pawlike extensions, and the brown stamp quickly became known as “the seal with feet,” among other sneering comments.

Lacking access to the Internet or, apparently, even a good print encyclopedia, to inform them about the physical appearance of harp seals, philatelic and other critics of 1865 mocked what they considered to be a ridiculous design error.

As it happens, harp seals do have digits and claws on both their front flippers and their hind ones. As the University of Michigan Museum of Zoology explains on its website, “Adult harp seals have fairly small hind flippers and the fore flippers are pointed with short digit tips that boast large claws.”

The British American Bank Note Co. in Montreal took over the printing of Newfoundland stamps of 1880-98, and a new seal design was prepared, a 5¢ stamp in pale blue (Scott 53), pictured in Figure 2. The setting is the same as on the 1865 issue, but the new seal has a perkier raised tail than its predecessor, with three defined sections.

Amusingly, in the 1880 redesign, any feet and claw controversy was neatly averted by depicting the seal with its front flippers tucked out of sight under its chest. The seal looks somewhat unbalanced, as if likely to fall on its chin, with no apparent support for its front half, but the critics (if any still cared 15 years after the original issue) were effectively silenced.

That acquisition would be lonely without a companion example of the redesigned “footless” seal. The latest and least expensive version, the Scott 55 of 1894, is listed in the 2014 Scott Classic specialized catalog at $55 mint.