Figure 5. The word “friendship” is shown in sign language on new definitive stamps from Israel. 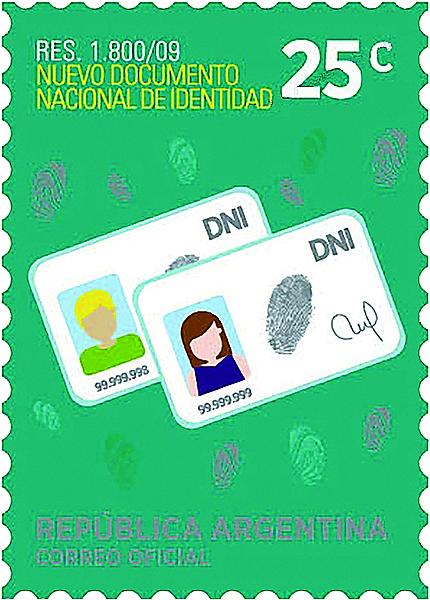 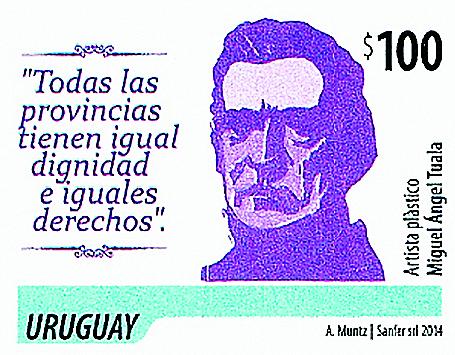 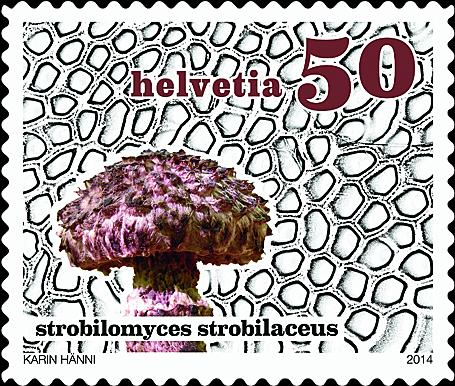 Figure 2. Strobilomyces strobilaceus, a mushroom also known as old man of the woods, is pictured on this definitive stamp from Switzerland. 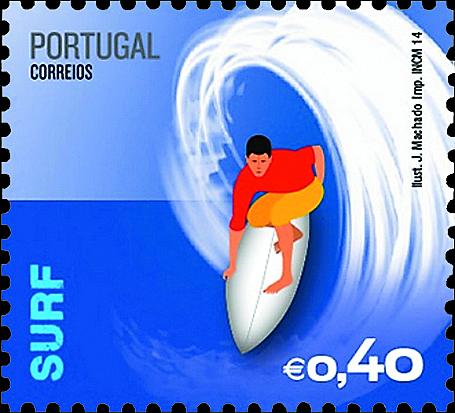 Figure 1. Surfing is among the extreme sports featured on new definitive stamps from Portugal.

In announcing the stamps, Portugal’s postal administration, CTT, said: “The practitioners of extreme sports are not afraid of dying. They are afraid of not living. By pushing limits and confronting dangers they feel reborn.

“Risks are taken for a variety of reasons: to get away from stress or one’s routine, a taste for adventure, fascination with nature. ‘Adrenalin addiction’ explains the rest. Whatever the reason, extreme sports continue to gain more and more fans.

“Balancing on giant waves, cycling through difficult terrain, whirling on the asphalt, zigzagging through the fury of the water or gliding across the skies: surfing, mountain biking, skating, canoeing and paragliding are the sports that inaugurate this definitive issue dedicated to Extreme Sports.”

Joao Machado designed the stamps. The Portuguese Mint and Official Printing Office, INCM, printed them by offset in sheets of 100.

The scientific name of the last-mentioned mushroom is Strobilomyces strobilaceus. Swiss Post says of its nicknames: “The cone fungus, or ‘Old Man of the Woods,’ owes its popular name to the unusual, dishevelled scales which cover the top of its cap and its stem. This mychorrizal fungus is mainly found in mixed beech woodland. It has a bitter taste and is not considered to be an edible mushroom.”

Karin Hanni designed Switzerland’s Mushroom definitives. Joh. Enschede of the Netherlands printed these self-adhesive stamps by offset in panes of 10.

Labels se-tenant (side-by-side) with the stamps in the souvenir sheet show cartoon images of men giving a thumbs up or a thumbs down sign indicating whether the mushroom shown is edible or poisonous.

Known as the “father of Uruguayan independence,” Artigas was born 250 years ago on June 19, 1764, in Montevideo, Uruguay.

In addition to several memorials in Uruguay, monuments to Artigas also stand in New York City, Washington, D.C., and Montevideo, Minn. Artigas reportedly admired the United States government and carried a copy of the U.S. Constitution with him.

Uruguay has a long history of featuring Artigas on its stamps, with the first stamp for the general issued in 1883 (Scott 51).

The new stamps designed by Alejandro Muntz are based on a portrait of Artigas by Miguel Angel Tuala.

Each design includes a different quote. The quote on the 100p stamp translates to “all provinces have equal dignity and equal rights.” Figure 3 shows the design of this stamp from the Correo Uruguayo website.

Sanfer printed these self-adhesive stamps by offset in sheets of 25.

New definitives from Argentina are called “Decada Ganada,” which translates to “decade won.”

According to information from Argentina’s post office, Correo Argentino, the stamp designs represent advances in political equality, inclusion and citizenship made over the past decade, 2003-13, during the administrations of presidents Nestor Kirchner and Cristina Fernandez de Kirchner.

The press release also mentioned that the stamps illustrate laws about equal marriage, scientific repatriation, assisted fertilization and the new national identity card, as well as the repeal of impunity laws.

Other topics covered include the creation of national universities, digital television broadcasting, the universal child allowance and the Argentina-Bolivia gas pipeline.

The first stamps in the series were issued Jan. 20. The denominations of the 19 definitives range from 25 centavos to 50 pesos. The 25c stamp picturing national identity cards is shown in Figure 4.

The stamps are se-tenant in blocks of six.

Starting at upper left the designs show the sun for solar energy, a waterfall for hydro, a volcano for geothermal, trees for wind, a wave for marine, and flowers and grains for biomass.

The type of energy shown is inscribed at the top of each design, and the words “Le Eccellenze del Sistema Produttivo ed Economico,” which translates to the “excellencies of the producation and economic system.”

Each design also includes the silhouette of a person in the background and a small image in the foreground representing the word. A butterfly is shown on the Friendship stamp in Figure 5.

Pini Hamou took the photographs of the hands that appear on the stamps.

Joh. Enschede printed the stamps by offset in panes of 10 with the five different designs se-tenant. Labels, or tabs, attached to the stamps show the signs for letters of the alphabet.