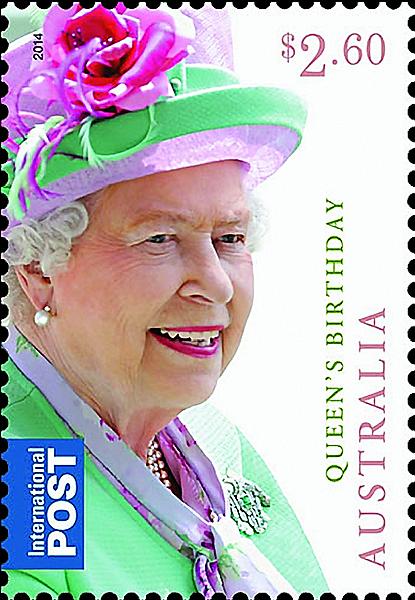 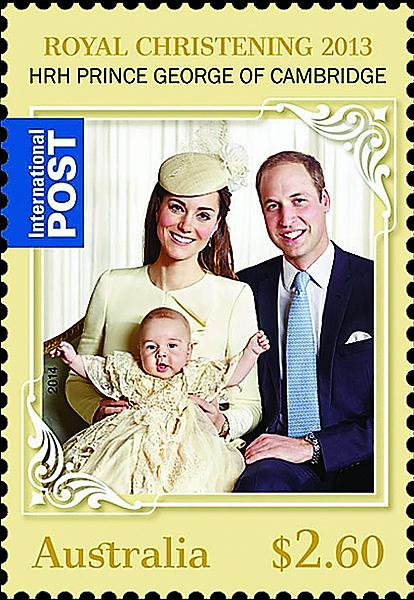 Figure 2. Australia shows an official photograph of Prince George’s christening on this $2.60 stamp honoring the event.

Figure 1. Two photographs of Prince William and Catherine with their son Prince George are shown on New Zealand’s stamps commemorating the royal visit.

New Zealand issued two stamps April 7 to commemorate the royal visit of Prince William, his wife Catherine and their son Prince George. This is the first overseas visit for the eight-month old prince.

The royal trio arrived in Wellington April 7. The New Zealand Herald reported that they “breezed into the capital on a strong southerly and seem to have charmed everybody they met.”

The website of the Duke and Duchess of Cambridge described the arrival, stating, “Grey misty clouds and drizzle greeted Their Royal Highnesses as they arrived at Wellington International Airport but eight-month-old Prince George seemed oblivious to the cold conditions and waved his arms and legs.”

After a nine-day stay in New Zealand, the family headed for Australia for the remainder of their three-week overseas tour.

The stamps show photographs of William, Catherine and George. The 70¢ domestic-rate stamp, which is pictured on the left in Figure 1, reproduces a photograph taken by Catherine’s father, Michael Middleton, in the backyard of the Middleton’s Bucklebury Manor. The photograph was first posted on Twitter Aug. 19, 2013.

The $2.40 international-rate stamp, shown on the right in Figure 1, features an official portrait of Prince George’s christening at Clarence House in London Oct. 23, 2013.

The stamps were designed by New Zealand Post’s Stamps and Collectables and printed by offset in sheets of 20 by Southern Colour Print.

Australia Post used a different photograph taken by portrait and celebrity photographer Jason Bell at the christening on two stamps issued Jan. 7 to commemorate the event.

One stamp is denominated 60¢, the domestic rate at the time. The rate increased to 70¢ March 31. Figure 2 shows the other stamp, a $2.60 denomination for use on international mail. A souvenir sheet includes the two stamps se-tenant (side-by-side).

Jo Mure of Australia Post designed the stamps and the souvenir sheet. McKellar Renown printed them by offset.

The stamps with moisture-activated gum were produced in sheets of 50. The self-adhesive stamps were created in panes of five ($2.60) and booklets of 10 (60¢).

Australia Post philatelic manager Michael Zsolt said: “This royal milestone is being celebrated with two stamps using images of Her Majesty taken over recent years. We trust this stamp issue will be popular with collectors and followers of royal events.”

The 70¢ stamp for the new domestic rate shows a photograph taken by Christopher Furlong of the queen viewing a parade in the West Midlands as part of her 2012 diamond jubilee tour of the United Kingdom.

The photograph on the $2.60 international-rate stamp shown in Figure 3 is from the 2013 Royal Ascot horse races. Stuart Wilson took this photograph

Australia Post began the tradition of issuing stamps for the queen’s birthday in 1980 for her 54th birthday (Scott 740).

The new stamps were designed by John White and printed by McKellar Renown. Like the Royal Christening stamps, they were produced in moisture-activated and self-adhesive versions.