Stamps pay tribute to the ancient explorers of the Pacific 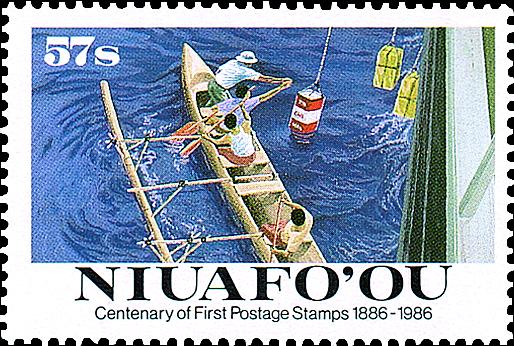 Figure 8. A 1986 stamp from the Tongan island of Niuafo’ou shows mail being transferred in a tin can from a passenger ship to an outrigger canoe. 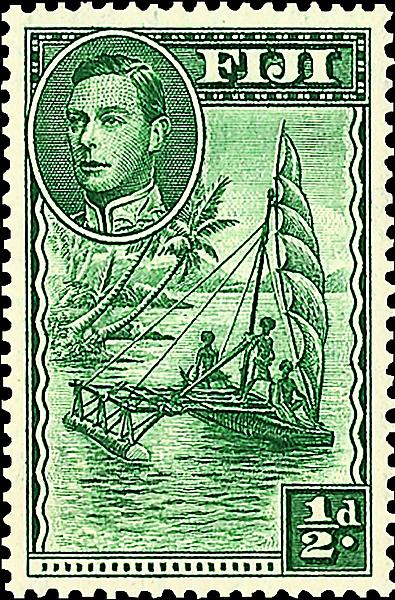 Figure 7. A 1938 stamp from Fiji illustrates a small outrigger canoe used for fishing and transport between nearby islands. 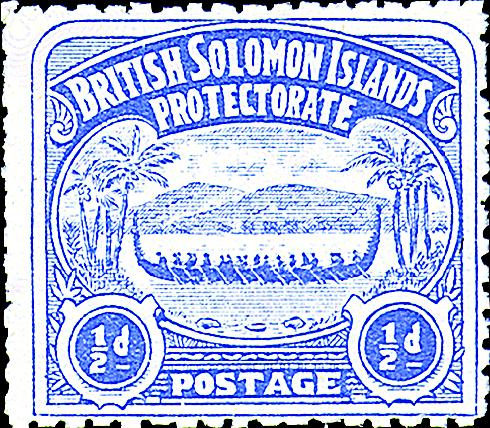 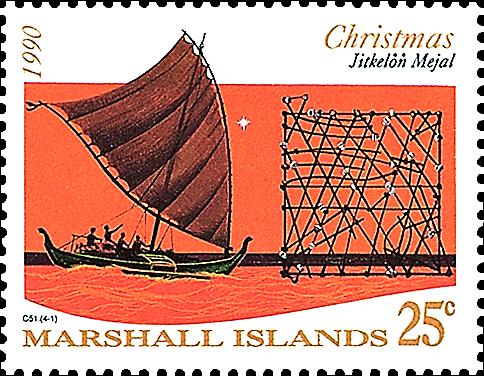 Figure 5. A voyaging canoe and a stick chart are shown on this 1990 Marshall Islands stamp. 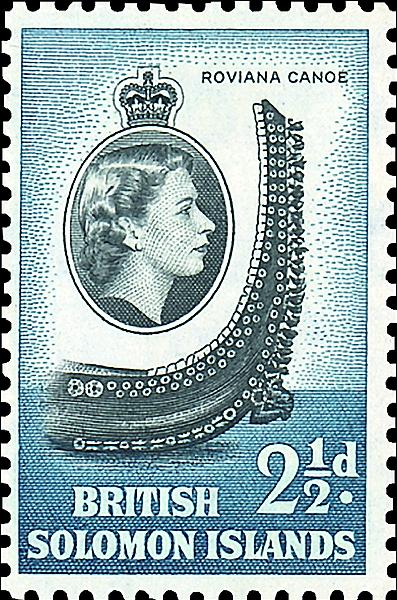 Figure 4. On this stamp from 1955, Solomon Islands shows the carved prow on a canoe. 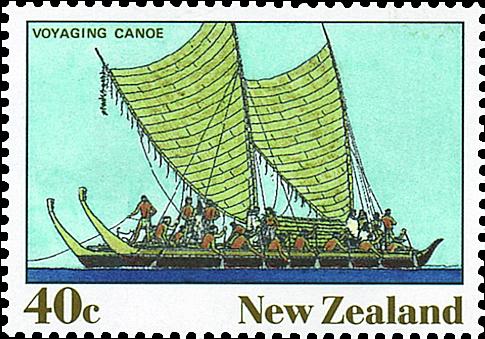 Figure 3. A double-hulled voyaging canoe is shown on this 1990 stamp from New Zealand.

Figure 2. Vanuatu’s 2005 souvenir sheet shows the Lapita people and how they lived. The Lapita made deep-ocean voyaging canoes. 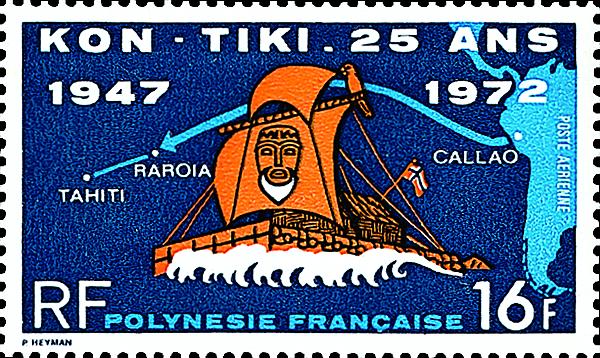 It is truly amazing when one thinks about the people who, in prehistoric times, found their way to hundreds of islands that are scattered throughout the South Pacific Ocean.

Modern DNA tests have verified that all three Pacific Island ethnic groups (Melanesian, Polynesian and Micronesian) have their roots in Southeast Asia.

What is most astounding is that the earliest voyagers set out from Southeast Asia in crudely made rafts between 50,000 B.C. and 25,000 B.C.

These earliest sailors were the first humans to engage in major sea crossings. The ancient adventurers found their way to Australia and New Guinea, which were connected by a land bridge at that time, and eventually sailed to what, in modern times, became known as Solomon Islands.

Norwegian explorer Thor Heyerdahl made a trans-Pacific journey in a raft named Kon Tiki in 1947 in an effort to prove his theory that Pacific Islands were populated by people who came from South America. He and five raft mates got as far as an atoll in French Polynesia, proving that rafts could indeed traverse the Pacific Ocean. Nevertheless, Heyerdahl’s theory about South American migration was disproved by DNA testing. The exception is Easter Island, whose inhabitants could trace at least some of their heritage to South America.

Archeologists know these early voyagers as the Lapita people, and credit them as being the earliest Polynesians and Micronesians.

Figure 2 is a souvenir sheet issued by Vanuatu in 2005 to show how the Lapita people lived (Scott 868).

The deep-ocean voyaging canoes served the Lapita well. These large vessels were made from carved out logs and were double hulled to provide stability. The two hulls were connected with a platform, usually constructed from bamboo, that was lashed together using rope made from coconut fiber.

Figure 3 shows a 1990 New Zealand stamp that depicts a double-hulled voyaging canoe with two sails and a complement of Polynesian sailors (Scott 980). The sails were woven from the fibrous leaves of the pandanus tree.

Look closely and you will see a cabinlike structure constructed near the middle of the vessel, offering shelter to the sailors and protection for food and animals. The bow and stern sections of the voyaging canoes were carved, often in the form of birds, as shown on a 1955 Solomon Islands stamp in Figure 4 (Scott 93).

While the voyaging canoes were remarkable, the method of navigating through the vast Pacific is even more astonishing. Using sticks and coconut fiber lashings, voyaging canoe navigators could track their journeys. These stick charts recorded prevailing ocean waves and the directions they took around islands, thus allowing the navigator to determine the location of islands.

A Micronesian stick chart and voyaging canoe is shown on a 1990 Marshall Islands stamp in Figure 5 (Scott 383).

While the voyaging canoes were responsible for distributing newcomers to distant Pacific Islands, special-purpose canoes were also built.

There were seven denominations of this stamp issued, from ½-penny (Scott 1), shown in Figure 6, to 6d.

While not terribly valuable, the stamps have been forged extensively. The forgeries are easy to tell from the genuine stamps. Just above the right value tablet is an oar that culminates in the water. That is a genuine stamp. If the oar extends a bit more, it touches the shore. That is a forgery. A little rhyme, “oar touches shore,” will help you remember it is the forgery.

Smaller outrigger canoes were used for fishing. Some had sails, others did not. Those without sails relied entirely on rowers or, in shallow lagoons, poles to propel the canoes through the water. A smaller outrigger canoe is shown on a 1938 Fijian stamp in Figure 7 (Scott 117).

Outrigger canoes were even used to transport mail in tin containers to and from ships to the island of Niuafo’ou, Tonga. Figure 8 pictures a 1986 stamp that shows the transfer of mail from a passenger ship to an outrigger canoe (Tonga-Niuafo’ou Scott 76).

The seafaring heritage of the Pacific Islands is full of fascinating facts and surprising technology. That so much of this legacy has been captured on postage stamps is a tribute to the memory of these ancient mariners.