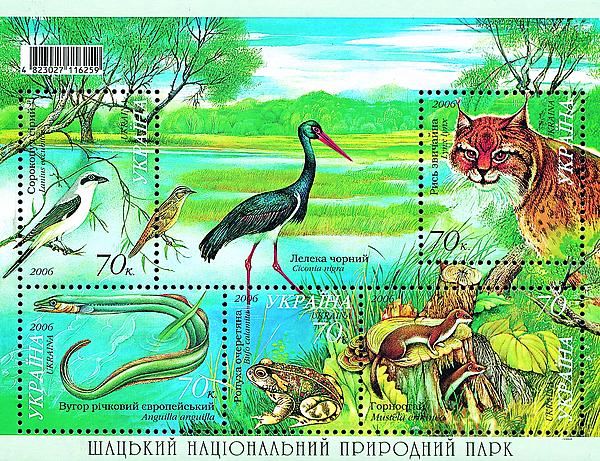 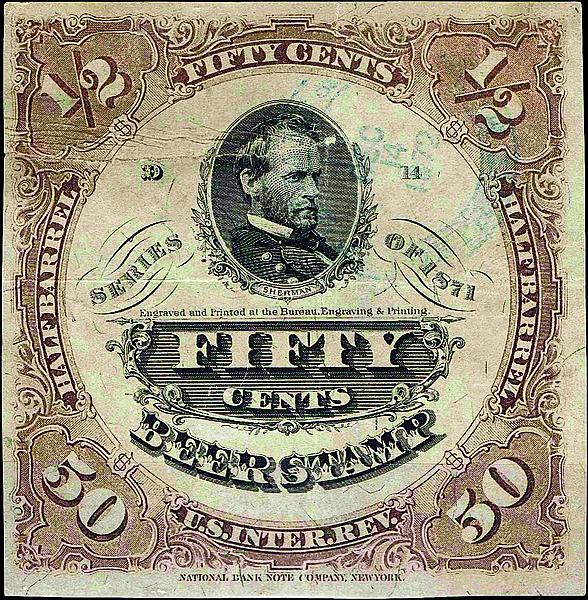 United States — Evidently Benjamin Franklin did not actually say or write, “Beer is proof that God loves us and wants us to be happy,” although he did say something similar about wine. Regardless of the origin of the quotation, it is a pithy summation of the relationship between God, beer and humans that dates back to the very beginnings of civilization. For example, some historians doubt that the pyramids of Egypt could have been built without the aid of beer.

U.S. beer stamps are a very popular revenue stamp collecting specialty. Between 1866 and 1951, the United States issued about 200 beer revenue stamps. Many are very expensive, and it would require a very well-heeled collector to form a collection that is anywhere near complete.

But if you would just like a representative stamp for your collection, there are some that are within reach of most collectors.

My favorite is the 1871 series featuring portraits of various American statesmen and leaders in elaborately engraved frames of different colors (Scott REA20-REA29).

The 50¢ brown Gen. William T. Sherman beer revenue stamp on gray silk paper (REA25) is the most affordable. It is also of interest to Civil War topical collectors. The 2014 Scott Specialized Catalogue of United States Stamps and Covers values an example in used condition with small faults at just $20, and I think it is a good buy at that price.

Ukraine — Ukraine has been much in the news of late and for all the wrong reasons. It is the largest country that lies entirely within Europe and boasts an ancient civilization that stretches back for more than 1,200 years. Unfortunately for Ukraine, it shares a long border and history with Russia, and it was under first Russian and then Soviet domination from the 18th century until 1991. The final outcome of Russia’s present aggressive behavior to Ukraine cannot be predicted.

Since regaining its independence from the Soviet Union in 1991, Ukraine has had a very active stamp program, issuing more than 1,000 stamps. As with most countries’ new issues after 2000, printings have been minuscule compared to earlier issues.

You can’t go wrong with bird topicals, and Ukraine has issued several attractive ones since regaining its independence. I like the 2006 Fauna of Shatskyi National Park souvenir sheet of five 70-kopiyka stamps (Scott 639). In addition to birds, the stamps in the sheet also feature amphibians, reptiles and mammals. The 2014 Scott Standard Postage Stamp Catalogue values the souvenir sheet in mint never-hinged condition and in used condition at $3.25, which is basically double face value. I think you can find this souvenir sheet for $2.50 to $3, and it is a good buy at that price.

There is a large and active Ukrainian collector community in the United States led by the Ukrainian Philatelic and Numismatic Society, which publishes a newsy bulletin and a scholarly journal. Interested collectors are invited to investigate. — H.G.