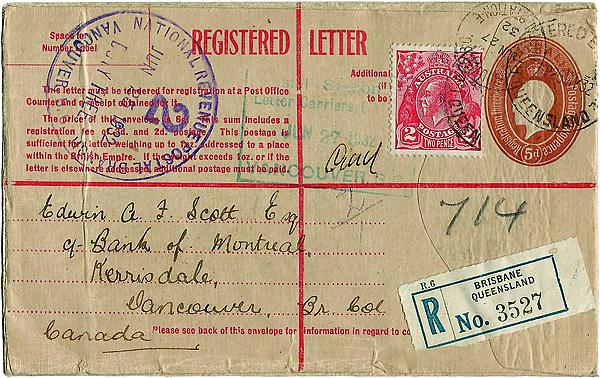 A 5-penny Australian registered envelope mailed from Brisbane, Queensland, to Vancouver, Canada in 1932. An additional 2d postage stamp is affixed to properly pay the full postage and fees. Postmarked May 25 in Brisbane, it arrived in Vancouver June 27. 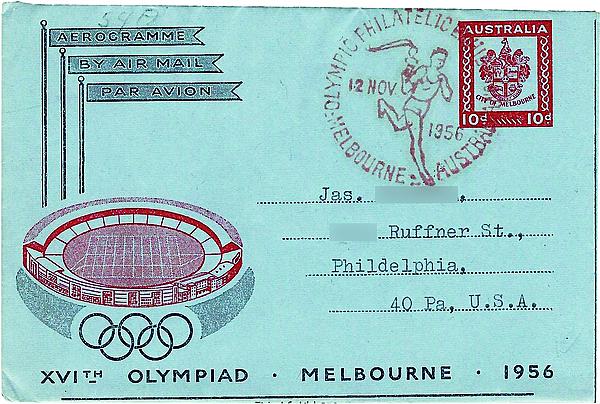 Australia issued a commemorative 10-penny aerogram in 1956 to celebrate the XVI Olympic Summer Games held in Melbourne that year. 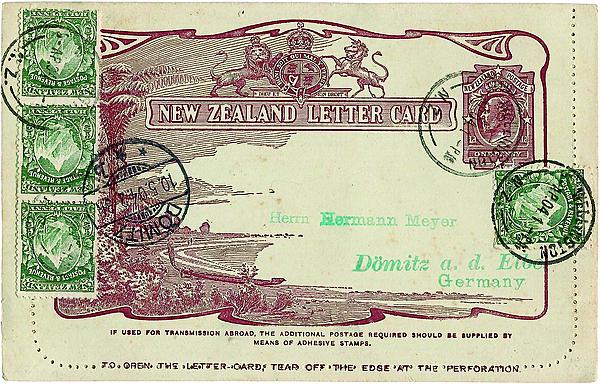 A letter card mailed from Wellington, New Zealand, to a small town in northern Germany. Stamps were added to the card to pay the overseas rate. Recipients often opened the sealed letter card using the perforations around the edges, but in this instance the card was carefully opened without tearing the perforated margins. 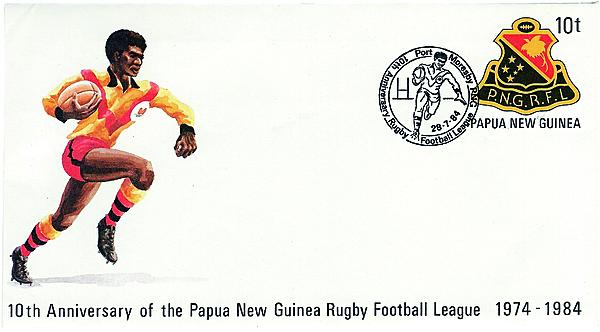 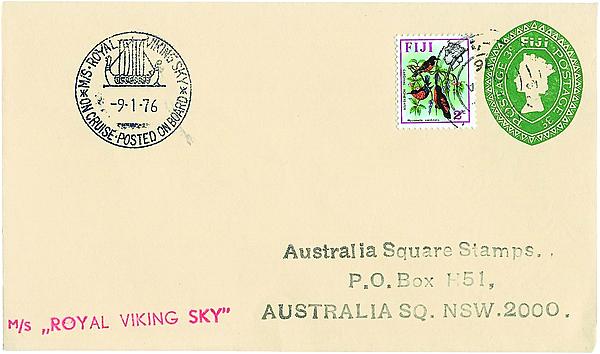 A 3¢ stamped envelope from Fiji uprated with an additional 2¢ postage stamp and posted aboard the cruise ship Royal Viking Sky in 1976. 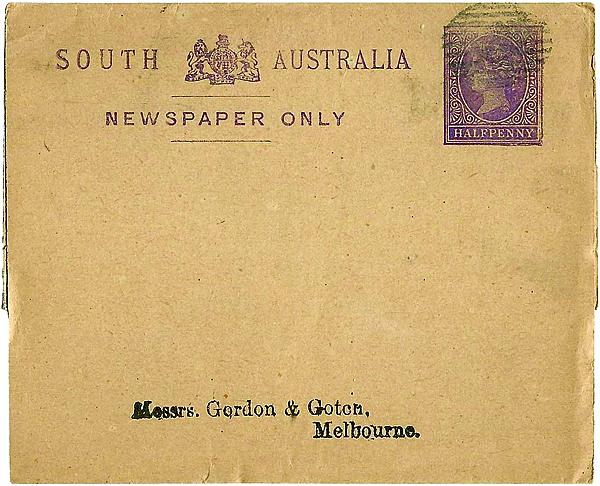 An 1884 South Australian newspaper and periodical wrapper. The wrapper is made of thin paper and easily damaged with handling. 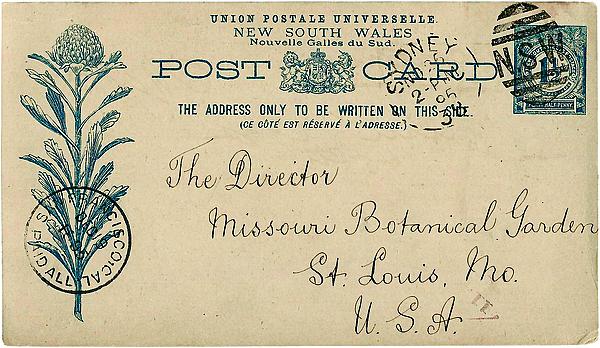 New South Wales issued this postal card in 1891. The waratah, a flowering plant native to southeastern Australia, is shown at left on the address side. Messages were written on the back of the card.

The stamp hobby includes a lot of different kinds of collectibles, but most stamp collectors stick with limiting their collections to postage stamps.

There are many other fascinating branches of the hobby worth investigating, and one of them is postal stationery.

Australia, New Zealand and most of the Pacific island nations have issued postal stationery items.

Whereas many of the stamps these countries issue will go into stamp albums, much of the postal stationery is used by postal customers.

There are different types of postal stationery, with each type having a purpose.

Before Australia became a federation of states, each state was a colony and issued its own stamps and stationery.

New South Wales, for example, issued an attractive single-color postalcard in 1891 that was used for sending short messages. The left side of the card depicts a flowering plant called the waratah, which grows in southeastern Australia.

The example of the card pictured here was mailed from Sydney to the United States in 1895.

Before there was radio, television, computers and smartphones, there were newspapers. Getting newspapers into the hands of distant readers was not always easy.

Wrappers were created so that newspapers and other periodicals could be sent to customers through the mail. A wrapper was a strip of paper that had a gummed edge and a printed stamp image (sometimes called an “indicium,” or plural “indicia”) to indicate payment of required postage.

The paper strip was wrapped around the newspaper, sealed using the gummed strip, and deposited in the mail.

The example shown here is a South Australian wrapper that was sent to Melbourne in Victoria. It was issued in 1884, but the undated barred cancel does not contain a date of mailing.

Wrappers such as this often were printed on inexpensive paper that does not always stand the test of time, making the collecting of wrappers more challenging.

Stamped envelopes, sometimes called “prestamped envelopes,” are probably the most recognized item of postal stationery. One example pictured here is a 3¢ envelope issued by Fiji and used aboard the cruise liner Royal Viking Sky in 1976. The envelope, with a standard Queen Elizabeth stamp design, is augmented with an additional 2¢ stamp to pay the proper rate.

Letter cards are similar to postal cards in looks — if the postal card was twice as tall and then folded in half. This format allows for a private message to be contained within the fold.

Once the message was written, the sender would moisten the gummed edges to seal it.

The recipient of the letter card accessed the message by tearing along perforated edges, which enabled fairly easy entry to the message.

The New Zealand letter card pictured on page 22 was mailed from Wellington in 1904 and is addressed to the town of Doemitz on the Elbe River in northern Germany. Stamps were added to fulfill the proper overseas rate. The reverse of this letter card has images of a number of New Zealand’s scenic wonders.

Postally used letter cards that have been carefully opened without tearing along the perforations are preferred by most collectors.

An aerogram or air letter is a letter sheet that bears printed postage to cover the cost of airmail service. The sender writes a message on the letter sheet, folds it, and seals its gummed flaps.

An aerogram may not include additional paper, photographs or any other enclosure.

Aerograms were mailed at a discount from standard airmail rate mail, which made them attractive to correspondents who wanted to save money but still keep in touch in a timely manner with distant family and friends.

The aerogram pictured on page 22 was issued by Australia in 1956 to mark the Olympic Summer Games held that year in Melbourne. This example is also struck with a commemorative postmark.

Registered letter envelopes are almost self-explanatory. They are used for sending registered mail and are frequently issued in a variety of sizes to accommodate business files and correspondence.

Collecting used registered letter envelopes is fun because registered mail has to be recorded and postmarked at every post office through which it is routed. That makes figuring out the route a cinch.