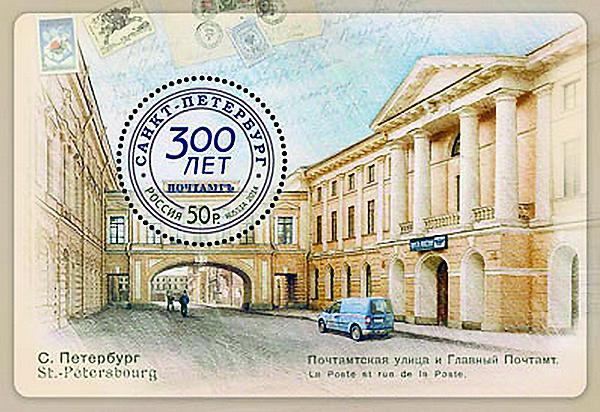 Russia commemorated the 350th anniversary of the St. Petersburg post office on this souvenir sheet issued June 10. The circular stamp is denominated 50 rubles. 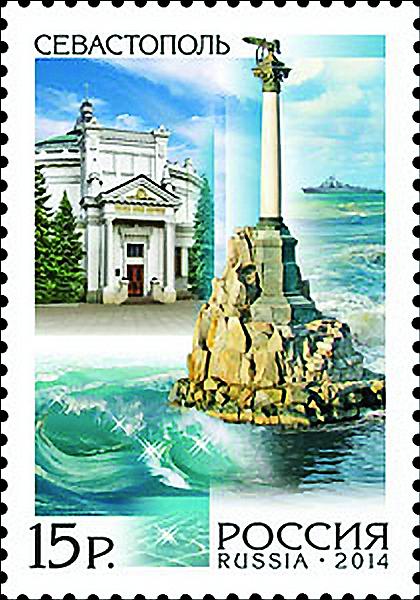 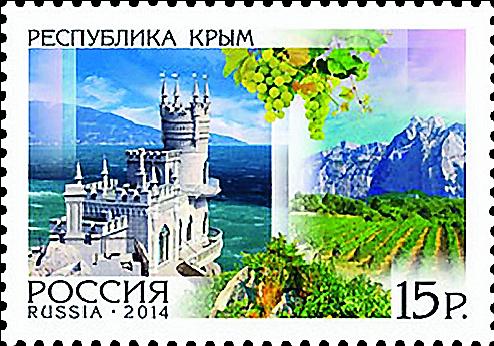 The building of Hadrian’s wall around A.D. 123 is pictured on this 62-penny stamp from Jersey’s set called Roman Connections. A small portrait of Emperor Hadrian is included in the design. An ancient Roman coin is shown in the selvage attac

Jersey will celebrate the 350th anniversary of the state of New Jersey on stamps to be issued Sept. 15. Three of the stamps show the Barnegat Lighthouse on Long Beach Island, N.J.; the Statue of Liberty; and the George Washington Bridge. A map of the N

Jersey celebrates ties to the United States and ancient Rome on two new sets of stamps.

Six stamps commemorating the 350th anniversary of the state of New Jersey will be issued Sept. 15, and seven stamps released Aug. 27 explore the island’s Roman connections.

George Carteret, born in St. Peter, Jersey, around 1610, and the island’s bailiff from 1643 to 1651, was one of eight proprietors granted the area of Carolina in North America by King Charles II in 1663.

The following year, Carteret and John Berkeley, were granted additional land to the north by the king’s brother, James, Duke of York.

In recognition of Carteret’s loyalty to the royal family during the English Civil War, the land was named after his birthplace.

The stamps show line drawings of landmarks in the state of New Jersey and on the island of Jersey, with a map of the North Atlantic Ocean in the background.

The New Jersey landmarks are the Barnegat Lighthouse on Long Beach Island (46p); the Statue of Liberty (82p); and the George Washington Bridge, which spans the Hudson River, connecting Fort Lee, N.J., and Manhattan (91p).

The Statue of Liberty stands on Liberty Island, which has long been the subject of a dispute between New York and New Jersey.

According to the new-issue announcement from Jersey Post, the statue is “co-owned by New York and New Jersey.”

Also the inscription on the stamp reads, “Statue of Liberty — New York/New Jersey.”

The firm True North designed the new commemoratives from Jersey. Lowe-Martin of Canada printed them by offset in sheets of 10 with an additional line drawing and text in the selvage, and in a souvenir sheet with the six designs se-tenant (side-by-side).

Six of the stamps in Jersey’s Roman Connections set also were printed in sheets of 10. The seventh stamp is in a souvenir sheet of one.

Various Roman artifacts, including a coin and pottery, are shown in the perforated selvage of the sheets of 10.

In 2012, approximately 70,000 ancient coins were found on Jersey, most by metal detector enthusiasts Reg Mead and Richard Miles, who had been searching for them for 30 years.

The coins may have been hidden by people fleeing the invading Romans.

An article about the discovery in the June 28, 2013, issue of Current Archaeology said: “A number of late Iron Age coin hoards are already known from Jersey, which has produced more coins of this period than any of the other Channel Islands. Most of these hoards are thought to date from the period c.55BC to c.30 BC (Late Iron Age), at a time when the Roman armies of Julius Caesar were advancing north-westwards through France, driving the tribal communities towards the coast. It is thought that some of them may have crossed the sea to Jersey, finding a safe place of refuge away from Caesar’s campaigns. The only safe way to store or hide their wealth was perhaps to bury it in a secret place, such as in or near a hut.”

Jersey Post describes the designs as showing Roman emperors and governors and their activities.

For example, the 62p stamp shows a small portrait of Emperor Hadrian at upper left. The main part of the design depicts the building of a section of the 73-mile stone boundary wall, now known as Hadrian’s wall.

The 46p stamp shows the Roman army invading by sea.

Two other designs depict battle scenes. A chariot leads the charge on the 91p stamp, and soldiers shoot arrows from on top of an elephant on the £2 stamp in the souvenir sheet.

Also, a small group of soldiers is included in the design of the 82p stamp. A family is shown as well.

The other two designs represent trade, 56p; and conversion to Christianity, 70p.

Joh. Enschede of the Netherlands printed the Roman Connections stamps and souvenir sheet.

In announcing the two stamps, Russia’s stamp-issuing and distribution office, Marka, made no mention of the political crisis that led to the annexation of Crimea from Ukraine, stating simply, “March 18, 2014, in Moscow, an agreement was signed between Russia and the Republic of Crimea on the adoption of the peninsula in the Russian Federation.”

Also, there are not any inscriptions about the annexation on the stamps.

The country name, Russia, appears in English and Cyrillic in the lower left of the Crimea design and the lower right of the Sevastopol design, with the denomination, 15 rubles, in the other lower corner.

At top on the Crimea design is “Crimea Republic” in Cyrillic characters, while the other stamp is inscribed “Sevastopol.”

The stamps are part of a multiyear series focusing on regions of Russia. As with previous stamps in the series, the designs show a collage of local scenes.

A 20th-century castle nicknamed “Swallow’s Nest,” the sea, mountains, vineyards and grapes are included on the stamp featuring Crimea.

The other stamp shows monuments commemorating the 1854-55 Siege of Sevastopol during the Crimean War.

Shown in the foreground is the monument to ships scuttled during the siege. Russian ships were deliberately flooded and sunk to protect the harbor.

The Defence of Sevastopol Museum, which houses Franz Roubaud’s panorama of the siege, is pictured in the background.

A naval ship also can be seen in the design on the right.

V. Beltiukov designed the stamps. Marka reports that they were printed in a quantity of 450,000 each.

In other news from Russia, a recent souvenir sheet includes a circular stamp resembling a postmark.

The selvage of the souvenir sheet reproduces a vintage postcard picturing the post office with a postal van parked in front.

The perforated circular 50rub stamp is positioned just above the open archway on this illustration.

In addition to the postcard, the selvage also shows Russian stamps and a handwritten letter.

Designed by O.H. Ivanova, the souvenir sheet was printed in a quantity of 75,000.

Ecuador issued a stamp and souvenir sheet May 22 to celebrate the World Day of Philately.

A hand with stamp tongs and various other stamps of Ecuador also are pictured on this commemorative.

The $3 souvenir sheet depicts a magnifying glass and a notice about stamps from the Dec. 28, 1864, issue of the newspaper El Nacional.