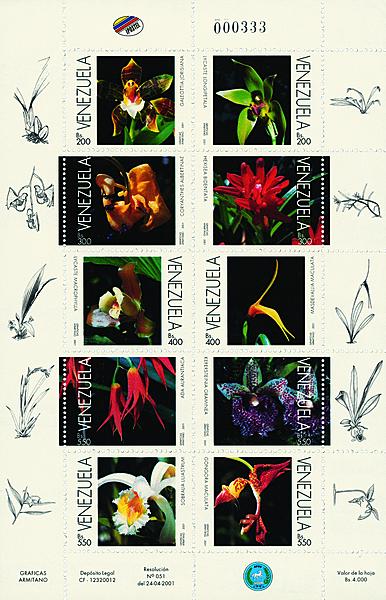 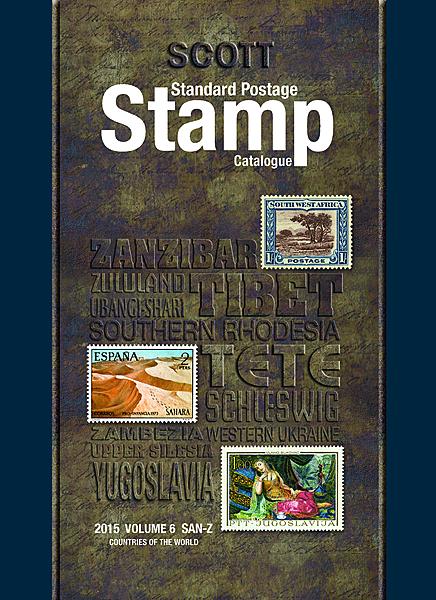 Vol. 6 of the 2015 Scott Standard Postage Stamp Catalogue lists stamps of the countries of the world from San Marino through Zululand.

The more than 10,000 value changes in Vol. 6 of the 2015 Scott Standard Postage Stamp Catalogue reflect a fairly stable market. The countries listed in Vol. 6 include San Marino through Zululand.

“For the most part, stamps from the classic period continue to rise in value, as do the stamps issued during the past decade,” said catalog editor Charles Snee.

There were a large number of changes for several African nations.

In Somalia, almost 800 value changes were made. Gains are seen among stamps issued through the 1930s, as well as among a fair number of semipostal and airmail issues.

The constitutional monarchy of Swaziland came under close editorial scrutiny this year, which resulted in approximately 800 value changes.

Values for stamps issued in the late 1960s through the 1990s are down, and the declines tend to be more substantial for the high denomination from a given set.

A mix of increases and decreases are seen for late 1990s issues, while increases predominate for stamps issued from 2000 to the present.

Topical collectors of butterflies will be pleased to see that values have been assigned to the 5-lilangeni and 10li stamps (Scott 612-613) from Swaziland’s 1992-2000 Butterflies set. Both stamps previously showed dashes in the unused and used columns.

Values are up for unused stamps from Tunisia, where more than 874 changes were recorded. One of the more notable increases is the imperforate 1,500-millime souvenir sheet issued for the 2000 Summer Olympics in Sydney, Australia (Scott 1221), which rises from $3.75 mint and used in 2014 to $6 both ways in the 2015 catalog.

Close scrutiny of Venezuela yielded more than 1,550 value changes, widely spread across all sections. There are scattered increases among classic issues. The overprinted Bolivar stamps of 1900 (Scott 156-160) rise in value dramatically. The 25-centavo blue, for example, rockets from $350 unused and $175 used in 2014 to $600 both ways this year.

Editorial enhancements made in the Venezuelan listings include the addition of values for numerous never-hinged sets in the air post section. Values for a handful of footnoted items also have been updated.

Vatican City comes in with more than 1,270 value changes. In the classic period, there are mixed increases and decreases. Varieties, however, often show substantial increases.

Other improvements in the Vatican City listings include the addition of a handful of new errors to several definitive sets issued in 1945-46. Be sure to read the footnotes accompanying these sets. Values for items described therein have been updated, and some items are no longer mentioned because they are now formally listed.

The cover price for the printed version of Vol. 6 and each 2015 Scott Standard Postage Stamp Catalogue is $119.99. Linn’s Stamp News subscribers are eligible for a discount when purchasing online direct from the publisher through the Amos Advantage program.