New stamps from Sweden invite you to ‘sit comfortably’ 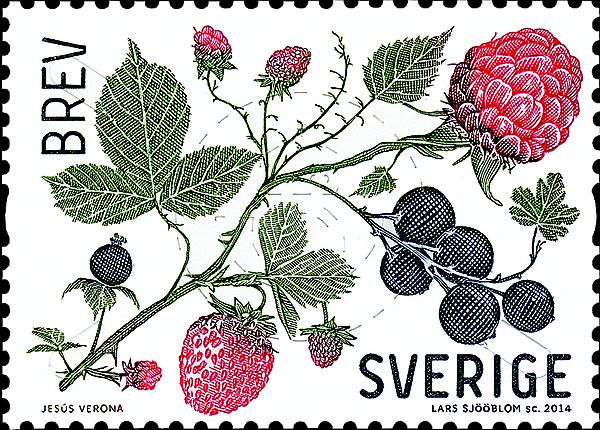 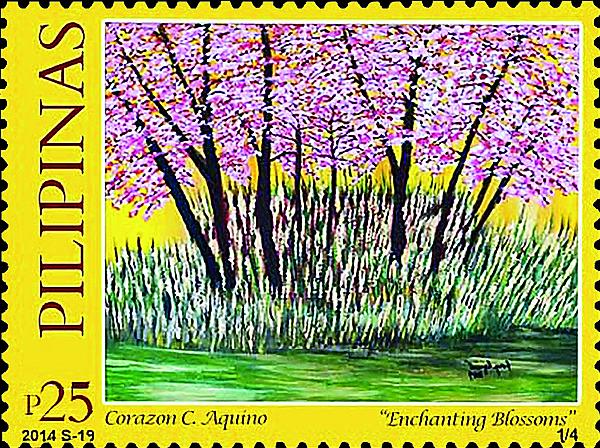 A painting by Philippine President Cory Aquino is shown on this rose-scented stamp. 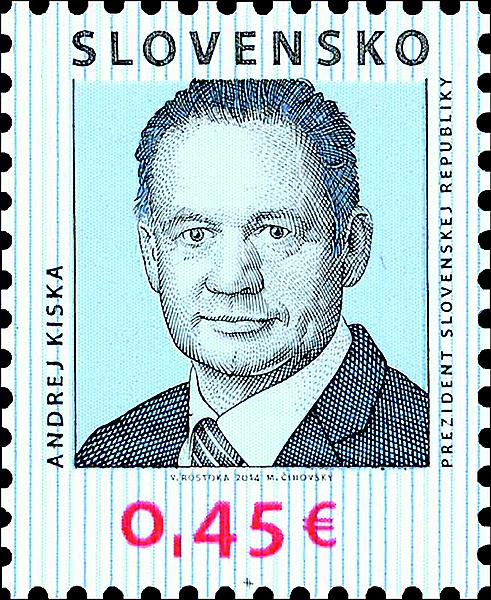 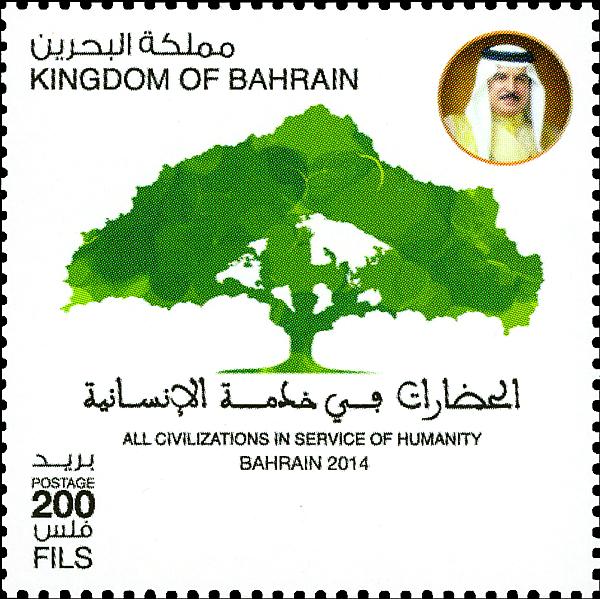 One of the three stamps from Bahrain honoring the international interfaith dialog of civilizations and culture conference held in early May. 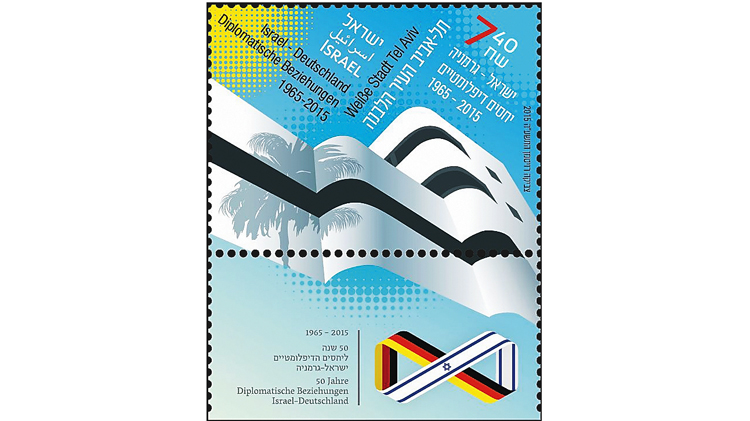 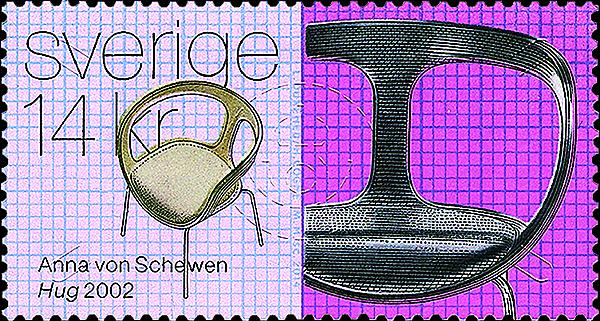 A chair called Hug is shown on this stamp from Sweden’s new Sit Comfortably booklet.

The top stamp in the booklet shows a chair called Hug, designed by Anna von Schewen.

This chair received the Excellent Swedish Design award in 2002.

Von Schewen says of her creation: “The inspiration was the feeling of sitting in someone’s arms. The challenge was to achieve this shape in solid wood in an industrial process. Solid wood, beech or ash, is bent and shaped in a computerised router … ”

In the fourth 2014 edition of Bulletin published by the Swedish philatelic bureau, von Schewen reported that she collected stamps as a child and still has the first-day cover of a 1977 issue featuring her great-grandfather.

She said: “I am the great-granddaughter of Karl von Schewen, who was the motif on a stamp at the end of the 1970s in the Heart of Roslagen booklet. The issue takes its name from a Calle Schewen waltz that was composed by Evert Taube.”

The other stamps in the Sit Comfortably booklet picture the following chairs: Lilla Aland, a Windsor style chair created by Carl Malmsten; Lamino, an easy chair by Yngve Ekstrom; Cinema, a small armchair by Gunilla Allard; and an aluminum armchair by Mats Theselius.

Each stamp is denominated 14 krone to pay the international first-class letter rate.

Five “Prioritaire” labels to be used on international mail are included in the booklet.

Post Nord printed these self-adhesive stamps by a combination of intaglio and offset. Hans Cogne designed the stamps, and Martin Morck and Piotr Naszarkowski engraved the designs.

Another Swedish booklet issued Aug. 21 is called Among Berries and Leaves.

It contains five denominated stamps inscribed “brev,” which indicates that they pay the first-class domestic rate.

The Among Berries and Leaves issue also includes two coil stamps, one inscribed “brev” and the other “ekonomibrev.” The later stamp pays the second-class domestic rate.

Jesus Verona designed the Among Berries and Leave stamps. His mother-in-law’s allotment garden provided inspiration for the designs.

“My mother-in-law has an allotment. I have studied her plants and eaten many berries from there. I guess that some of my inspiration came from there …” Verona said in an article in Bulletin.

He also said of the stamp designs: “From a purely technical perspective, I used a compilation of my own photographs of plants. From an artistic perspective, it is a combination of collage and assembly where I brought together different objects.”

The booklet stamps, which are on a pale green background, feature collage designs with berries, leaves, flowers and ceramic figures. The coil stamp designs are on a white background. The first-class stamp features rose hips, and the second-class stamp depicts raspberries.

The booklet stamps were printed by offset, and the coil stamps by intaglio. Lars Sjooblom engraved the designs.

Bahrain issued three stamps — 200 fils, 250f and 300f — May 5 to honor the international interfaith dialog of civilizations and cultures conference that opened that day in Bahrain.

Approximately 800 people representing more than 30 countries attended this event, which ran through May 7. The theme was “all civilizations in service of humanity.”

Each stamp shows a different design including the tree emblem of the conference and a small portrait of King Hamad bin Isa Al Khalifa.

Bahrain’s Oriental Press printed the stamps by offset in sheets of 15.

Thanks to Jay Levinson for sending Linn’s information about this stamp issue.

Kiska, a 51-year-old businessman, philanthropist and political newcomer, ran as an independent.

Before founding the companies Triangle and Quatro in 1996 and the charity Good Angel in 2006, he lived in the United States for about 18 months in 1990-91.

A biography on the official website of the president said that he worked “as a shop assistant at a petrol station store” and as a construction site handyman while in the United States.

The stamp design by Vladislav Rostoka is based on a photograph by Tomas Bencik. Martin Cinovsky engraved the design.

The Postal Printing House of Securities (PTC) in Prague, Czech Republic, printed the stamps by gravure and intaglio in sheets of 100.

The Philippines issued its first scented stamps July 28 to commemorate the fifth death anniversary of President Cory Aquino in 2009.

The stamps smell like roses, and the designs reproduce floral paintings by Aquino, who served as president of the Philippines from 1986 through 1992. Aquino gave most of her paintings to her friends.

Four of the stamps are se-tenant (side-by-side) in a sheet of eight. Each stamp bears a denomination of 25 pisos.

A souvenir sheet with a 100p stamp shows Aquino’s painting of roses and a rosary.

Amstar printed the stamps and souvenir sheet by offset.