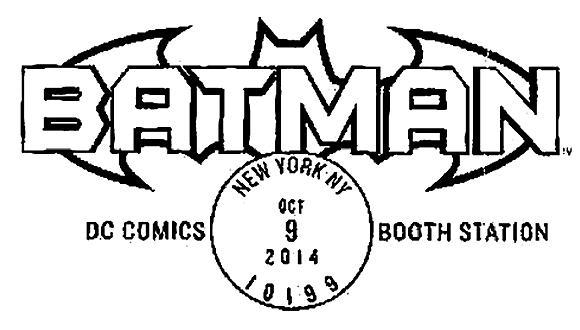 A United States stamp issue for the 75th anniversary of Batman is anticipated to be issued in October, but no formal announcement has been made by the Postal Service.

The small town of Bat Cave is located in the western part of North Carolina and was named after the bats that live in nearby Bluerock Mountain.

To obtain this postmark, which has received a 30-day extension, send request to: