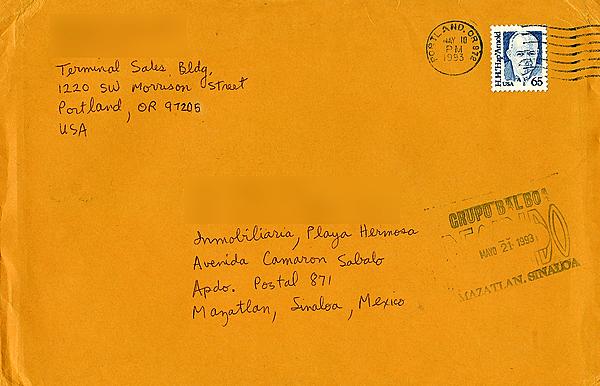 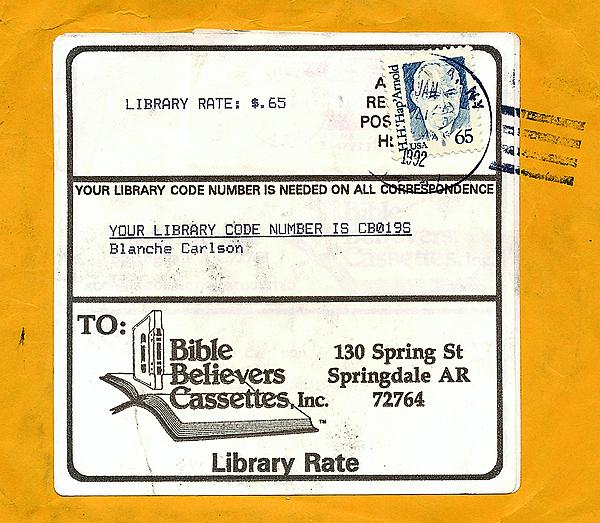 This wrapper, used to mail up to 1 pound of library materials in January 1992, is franked with the 65¢ H.H. “Hap” Arnold stamp to prepay the corresponding postage rate. 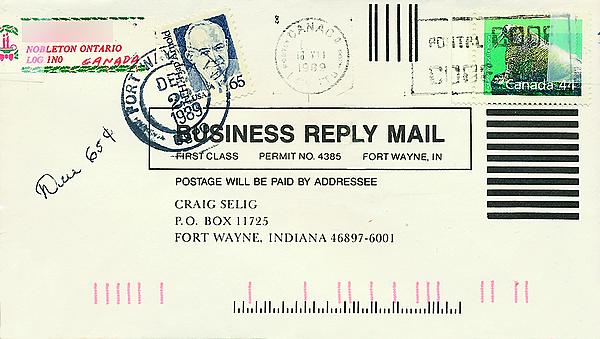 This United States business reply mail letter weighing up to 1 ounce was returned from Canada on Dec. 18, 1989, with a Canadian stamp paying the 44¢ per ounce Canadian treaty rate of the time, and the H.H. “Hap” Arnold stamp paying a c 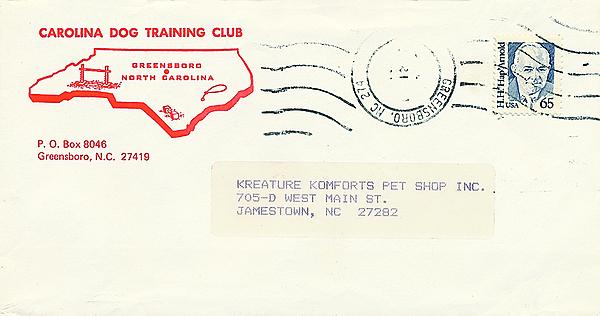 Earlier this year, I discussed one usage type — nonstandard mail — of the wide-ranging Great Americans definitive series (Linn’s, May 12, page 22).

The Great Americans series was a significant part of mail service in the United States from 1981 to approximately 1995.

One important aspect of this series is that many stamps issued during this time were introduced because they served to enable the payment of multiple postage rates and fees with just one stamp value.

This month I am illustrating four different ways in which the 1988 65¢ H.H. “Hap” Arnold stamp from the Great Americans series (Scott 2191) functioned as postage payment.

The domestic letter rate of the time was 25¢ for the first ounce and 20¢ per ounce for each of the two additional ounces.

Before this date, the only way in which this service could occur is illustrated by the business reply mail envelope pictured with this column.

When the letter reached Fort Wayne, Ind., on Dec. 22, 1989, the stamp dealer business it represented was correctly charged the business reply mail fee of 40¢ plus the first-class letter rate of 25¢ per ounce. These both were paid by the 65¢ U.S. stamp.

The January 1992 brown paper wrapper with label pictured here was used to mail up to 1 pound of library materials. The rate for this was 65¢, again paid by our 65¢ stamp.

The rate for this airmail letter was 65¢, once again paid by the 65¢ Great Americans stamp.

This series of four different types of service, all paid by the H.H. “Hap” Arnold 65¢ Great Americans stamp, is quite typical of the usages found for this series.

This makes collecting uses of this series an enjoyable challenge.