What’s the Byrd connection to an 1844 stampless cover? 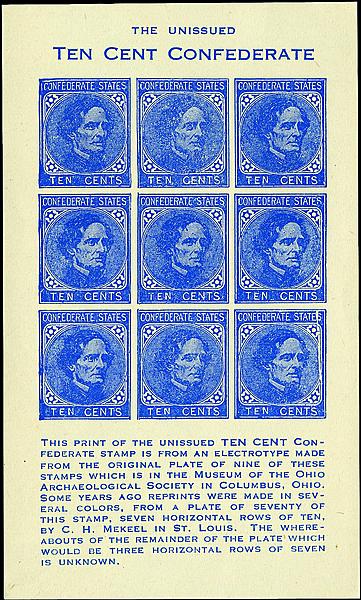 As a thank-you for the subscription, George W. Linn enclosed an ungummed sheet depicting the unissued 10¢ Confederate States stamp. 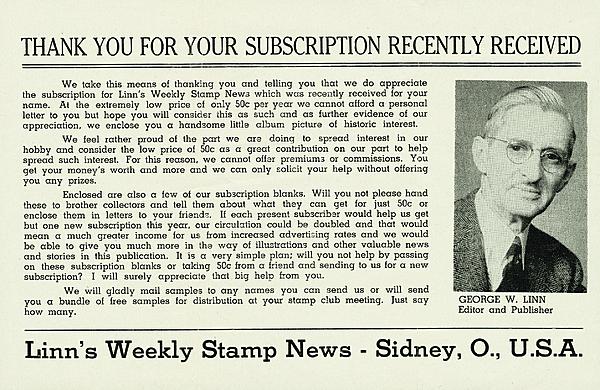 A Linn’s Stamp News annual subscription cost 50¢ in 1943 when this printed letter of acknowledgment, picturing founder George W. Linn, was sent to a new subscriber. 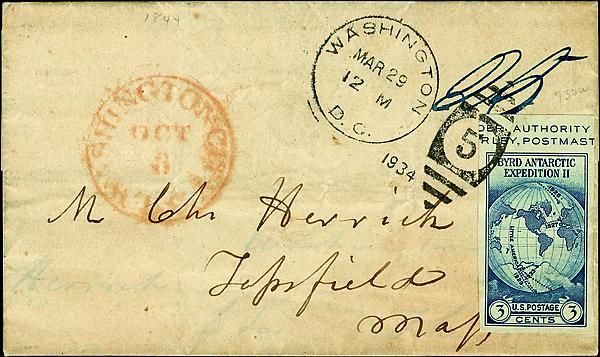 Two seemingly unconnected elements mark this cover as a curiosity: It’s an 1844 stampless cover with a 1934 Byrd Antarctic Expedition stamp added and favor canceled. It is evidently the product of a stamp collector, but the reason it was created

What a difference 90 years makes. The cover pictured below began its life as a stampless folded letter dated Oct. 8, 1844, postmarked in Washington City, D.C., while John Tyler was president. The Civil War was 17 years in the future. The questions of the day centered on states’ rights and the westward expansion of the United States.

The postage from Washington to Topsfield, Mass., a distance of 459 miles, was 25¢, the over-400-mile-rate for routine letters.

What would possibly motivate someone 90 years later, during the second term of President Franklin D. Roosevelt, to use this stampless cover as a vehicle for carrying an imperforate margin single from the Byrd Antarctic Expedition souvenir sheet of six (Scott 735)?

Clearly favor-canceled on March 29, 1934, the cover never saw the inside of a mailbox, but the 3¢ postage paid would have carried a first-class letter anywhere in the United States from any origination point.

I keep coming back to why. If the sender and recipient were both adults in 1844, they would have passed to their eternal rewards by 1934. There is no connection between the domestic business nature of the letter and the events of 1934, or the reason for the issuance of the stamp.

So what motivated the anonymous creator of the 1934 addition to do that?

Anyone among Linn’s readers who would like to suggest a theory is welcome to write to me, John Hotchner, Box 1125, Falls Church, VA 22041; or to send a note via e-mail to jmhstamp@verizon.net.

A year’s subscription to Linn’s Stamp News cost 50¢ in 1943, according to a printed thank-you letter from founder George W. Linn to a new subscriber. It was inside a Linn’s envelope franked with the 1943 1¢ Freedom definitive stamp, locally precanceled in Sidney, Ohio.

In today’s dollars, that 50¢ is $3.38. Of course, everything associated with putting out a weekly periodical has risen in cost — some items far beyond the basic rate of inflation — so that 50¢ does not come close to paying the costs of a subscription these days.

In addition to the message from Linn, there are also a couple of subscription blanks and the “handsome little album picture of historic interest” noted in Linn’s message.

It is an ungummed souvenir sheet titled “The Unissued Ten Cent Confederate.”

To get a sense of inflation, consider that this little package, as a reflection of Linn’s history, cost me $25, which would have purchased 50 subscriptions at the time it was sent.